The creation of bronze sculptures dates back to at least 3000 years before Christ, the first works in bronze would come from South Asia. This material was also used during the ancient Greece, this period will give a great importance to bronze through sculptures representing human figures and deities. This sculpture was even exported to Rome which in turn became an important place for bronze. Bronze sculptures quickly became ornaments for beautiful houses and Roman theaters. Fascinated by Greek sculpture, some art dealers in Rome made copies of Greek statues and distributed them.

In China, the Shang dynasty, also called the Yin dynasty, put forward bronze notably with vases of honor. Indian art also used this material for its Buddha bronzes, especially those of the Chola dynasty. In Egypt, it was usual to place bronze statuettes in tombs, these objects could embody deities. In Mesopotamia, bronze was used in particular for representations of animals in sacred art.

For several centuries, bronze was not really used. It wasn't until the 14th century that archaeological excavations led to the rediscovery of bronze sculptures on sites in Italy. In the 15th century, Lorenzo Ghiberti used gilded bronze for his famous door for the Baptistery of Florence, Michelangelo nicknamed this door: the Door of Paradise. Artists like Donatello and Verrocchio continued to make the use of bronze in sculpture popular in Italy and Europe.

In the 16th century, the Flemish artist Jean de Bologne was recognized as a master of bronze. His success was such that he was the most copied artist during the following century, and these copies contributed to the propagation and diffusion of this artistic practice in Europe.

For his part, King Louis XIV put bronze to good use, notably for the decoration of the Château de Versailles.

In the 19th century, Camille Claudel, Auguste Rodin, François Pompon, Rembrandt Bugatti and Alfred Barye put bronze back in the foreground. In the 20th century, artists such as Alberto Giacometti, César Baldaccini, Man Ray, Marc Quinn, Antoniucci Volti continued to use this material tirelessly to push back the limits of creation.

Since its origin, the techniques of making bronze sculptures have evolved greatly. Today, this is how most sculptors go about making a bronze sculpture: to begin with, the sculptor uses a wax model that he covers with clay, then he casts the bronze, adds the tin and copper alloy, then he breaks the clay to reveal a work of art made entirely of bronze. It should be noted that bronze is a relatively expensive artistic technique, which means that few artists use it nowadays, so the prices of bronzes remain quite high. Art lovers appreciate this technique because the sculptures are generally weather resistant, so they can be placed outside. The details of a bronze sculpture can be striking as it is a process that allows for a high level of precision. When it comes to the colors of a bronze, the different patinas can have a great influence on them.

On Art Shortlist, you can discover a selection of bronze sculptures by artists such as Claire Crétu, Maguy Banq or Philippe Berry. 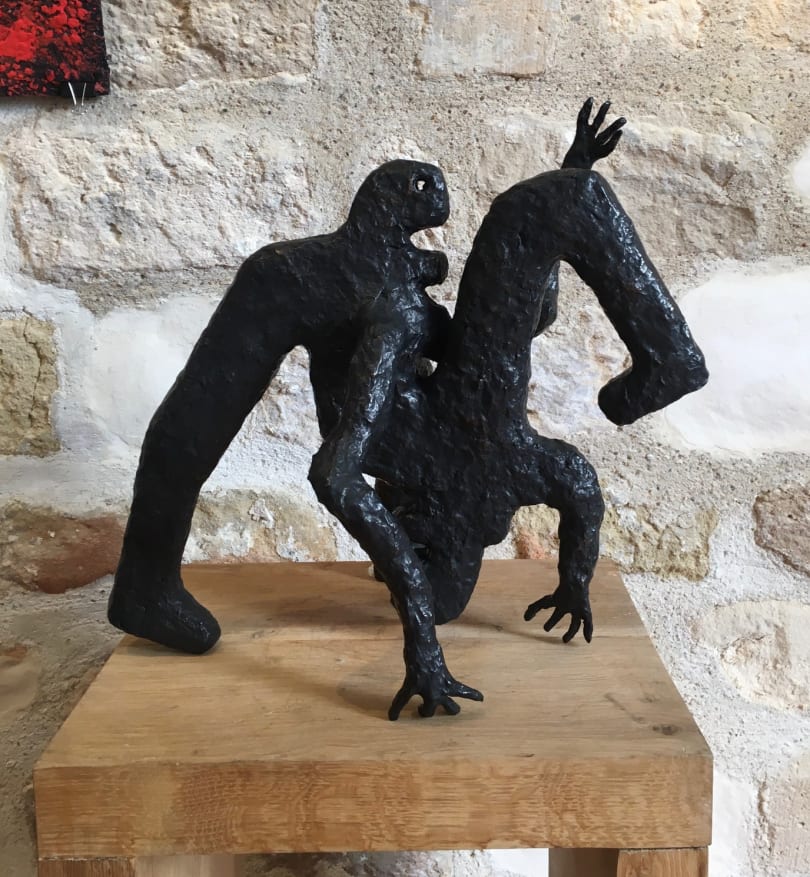