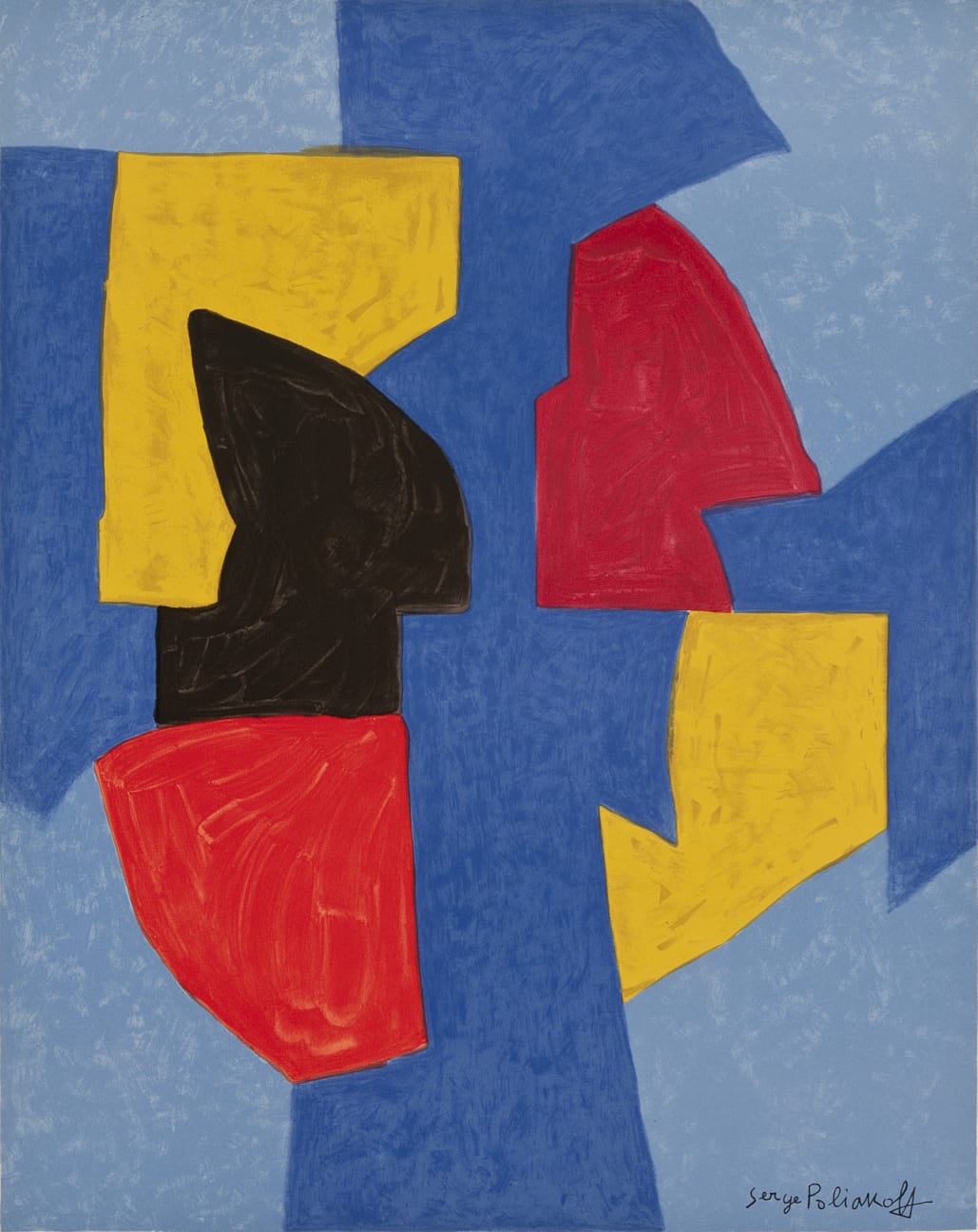 Serge Poliakoff was born in Moscow on 8 January 1900. He is the thirteenth child of a sibling group of fourteen. From a very young age, his mother took him to church where icons fascinated him.

Serge Poliakoff enrolled at the Moscow School of Drawing. In 1918, he left Russia and arrived in Constantinople, where he made a hard living as a guitarist. He then passed through Belgrade, Sofia, Vienna and Berlin, before settling in Paris in 1923 where he played in Russian cabarets.

In 1929, Serge Poliakoff enrolled at the Académie de la Grande Chaumière. Initially, he produced paintings that can be described as academic, but a stay in London between 1935 and 1937 introduced him to abstract art. He then became friends with Otto Freundlich, Jean-Michel Coulon, Robert Delaunay, Vassily Kandinsky and Sonia Delaunay.

In 1935, he met the British Marcelle Perreur Loyd, who became his wife and his strongest support.

Serge Poliakoff was quickly considered one of the most powerful painters of his generation, he was free of all figuration.

In 1962, it is the consecration for the painter, a whole room at the Venice Biennale is reserved for him. The same year, he became French. In 1965, Yves Saint Laurent signed a "Poliakoff" dress. 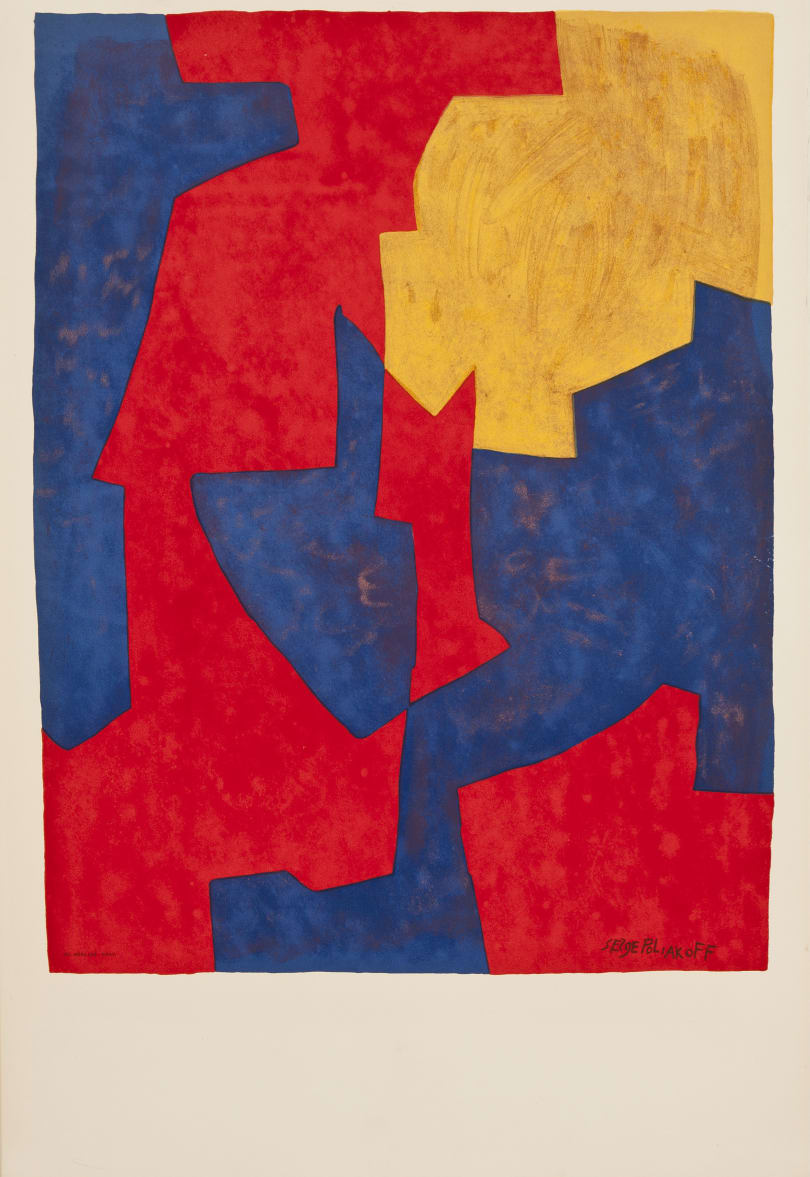 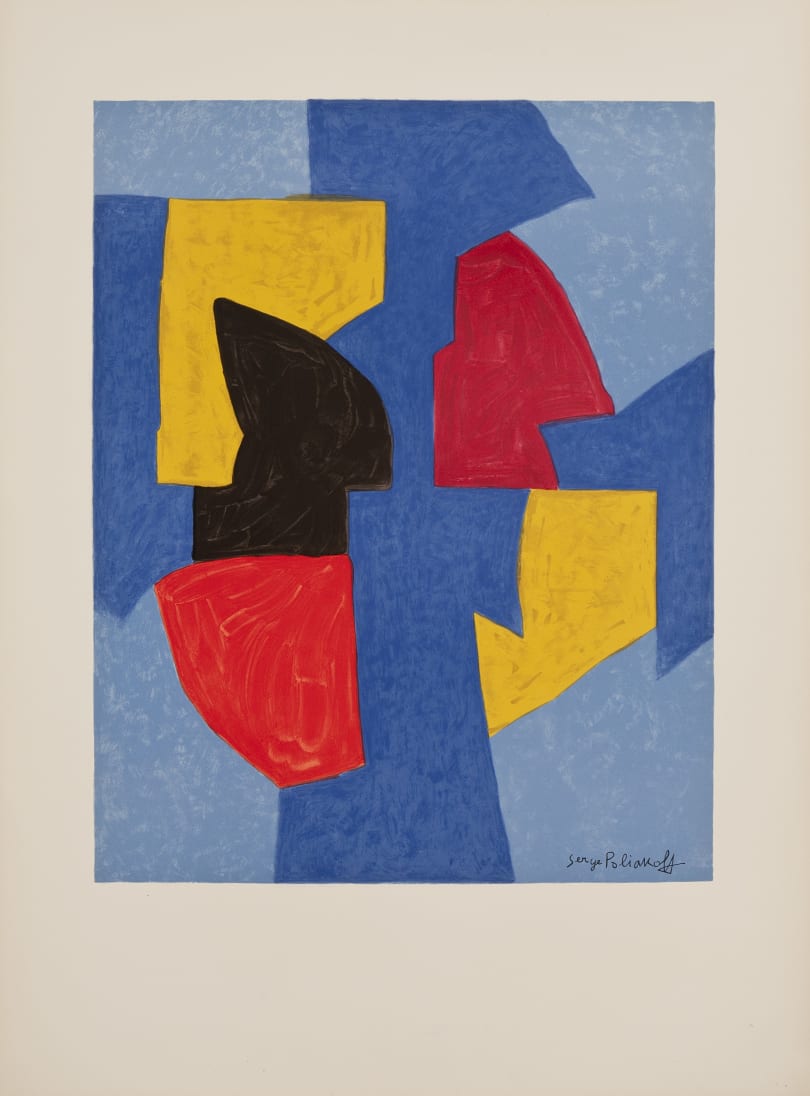 I want to sell or estimate a work by Serge Poliakoff

Do you want to ask for help to acquire a work by Serge Poliakoff ?