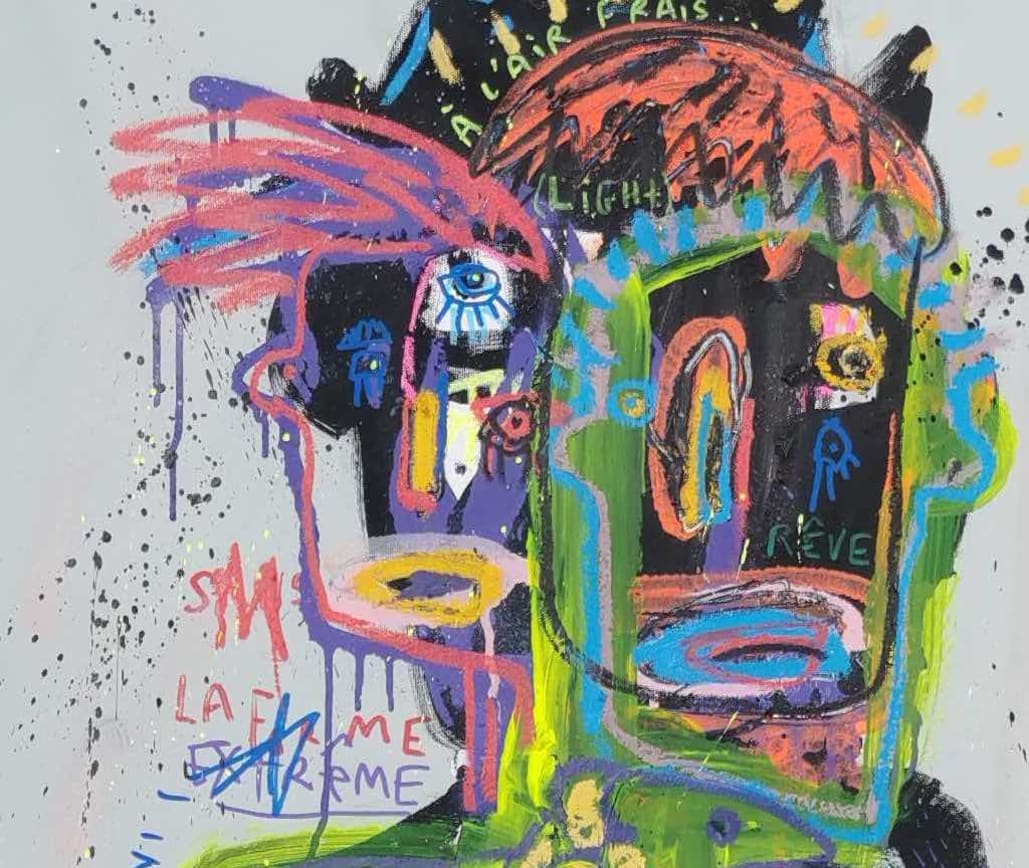 Jazzu is a contemporary painter based in Toulouse. To those who, for lack of knowledge, like to tease him about a supposed formal resemblance with certain great masters, with humour and finesse, he retorts like Marcel Duchamp: "we no longer invent anything, everything has already been created!".

And he continues: "I paint only with my guts, I express my ills through words, through colour that imposes itself with force and vigour.".

Jazzu paints as he breathes, words are chanted like mantras, beyond filiations, artistic currents and aesthetic codes. This is probably where the vitality and sincerity of his gesture lies.

Jazzu's painting is an outlet for his emotions. Instinctive and carried by the music that resounds incessantly in his studio, he has been digesting for fifteen years on the canvas the struggles that are dear to him: discrimination, induced violence, his place in society as a man and a father. It is all this that hums with wisdom and savagery from his brushes, his aerosols and his greasy chalks.

In his paintings, Jazzu never seeks premeditation. The artist uses his instinct to create sensational and moving works. One could say of his painting that it is raw in the primitive sense of the act, yet it knows how to be sensual.

Jazzu's art can be characterized as social work. Through his catharsis, he speaks to each one of us. His universal themes invite us to travel and introspection.

Whether they are painted or drawn works, Jazzu orders them by gesture and by remaining faithful to the principles of neo-expressionism.

In his rhythmic creations with multiple techniques, Jazzu shows us what "here and now" means with works that are both wild and wise.

A Jazzu painting should not be seen as a mere ornamentation of our interiors, but as an invitation to discussion and reflection. Despite the general overview, it is a very positive painting, which seems to whisper modestly: "everything will be all right in the end".

Since 2009, Jazzu has exhibited many times in group and solo shows.

He is represented by galleries in France, Canada and Luxembourg. It is with great pride that we present a selection of his most beautiful works, coming directly from his studio in Toulouse.

In our selection, you will find drawings on paper, as well as unpublished serigraphs or paintings on canvas. 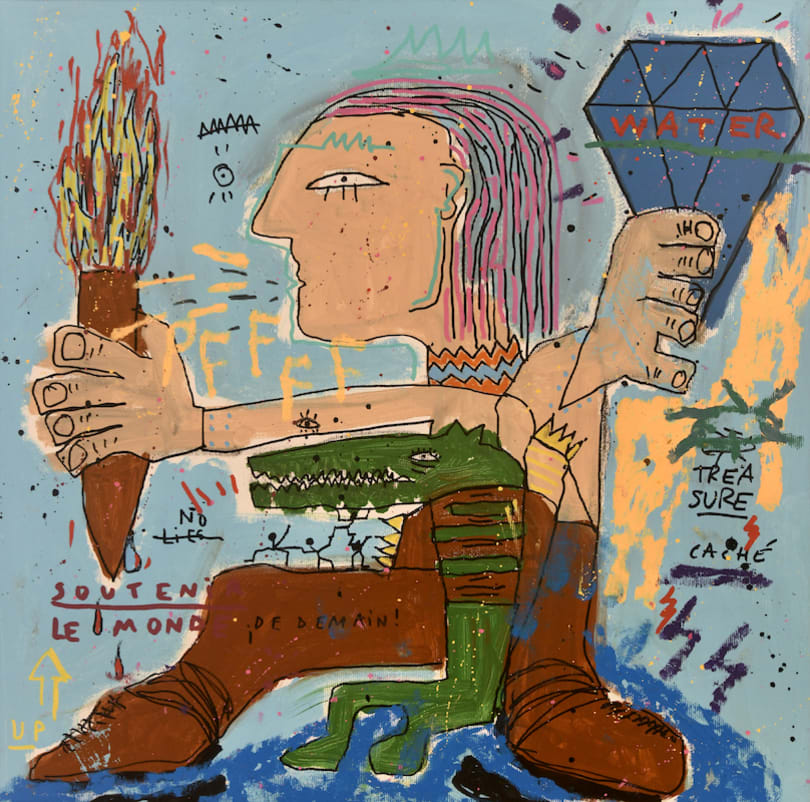 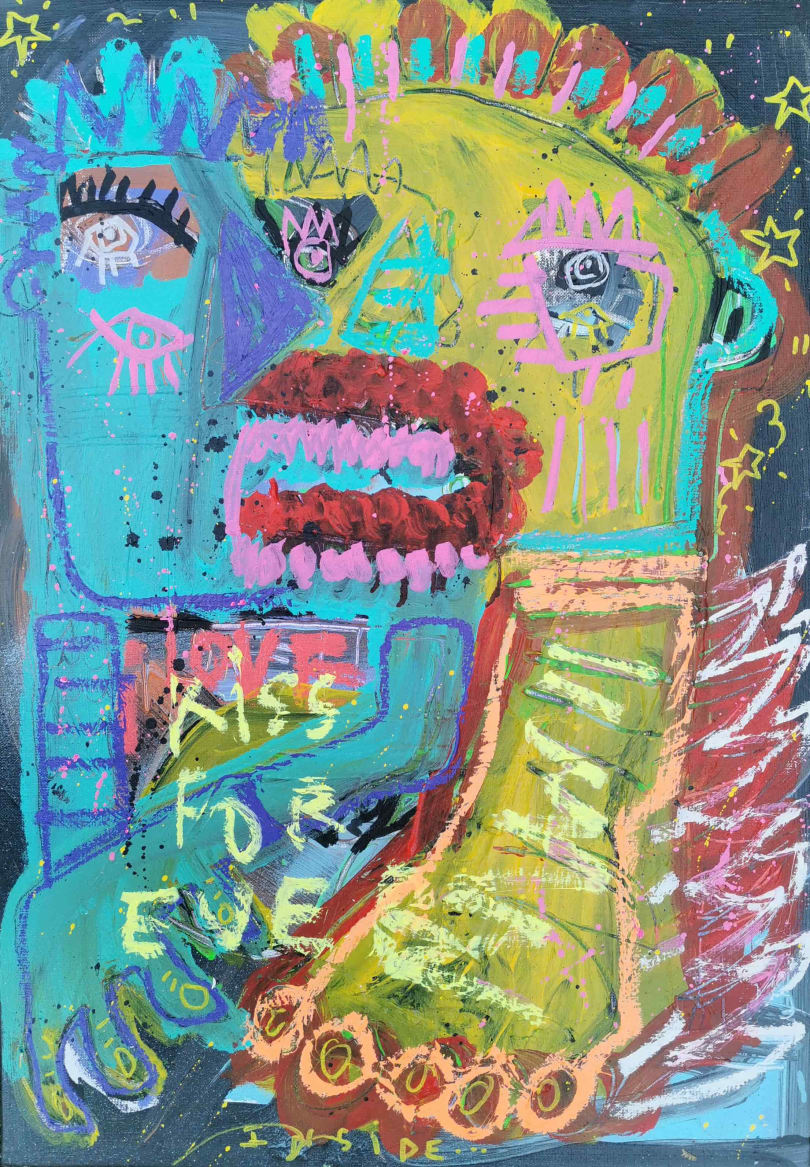 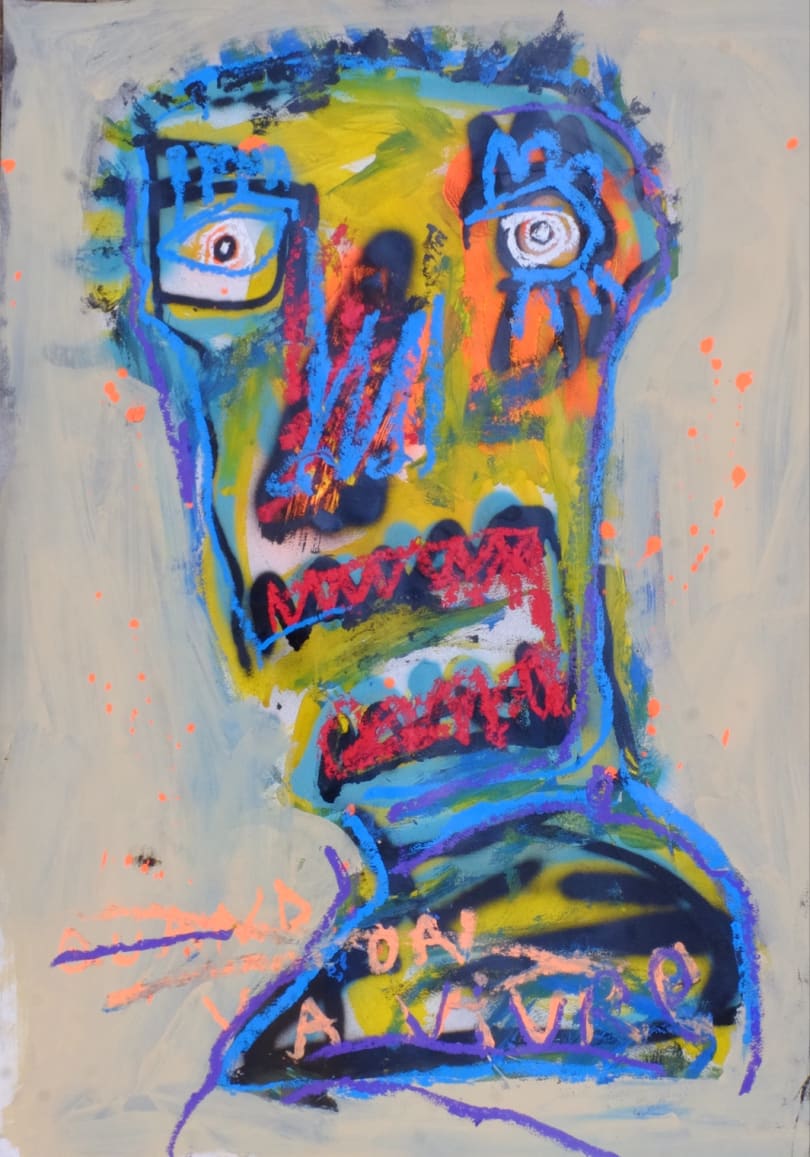 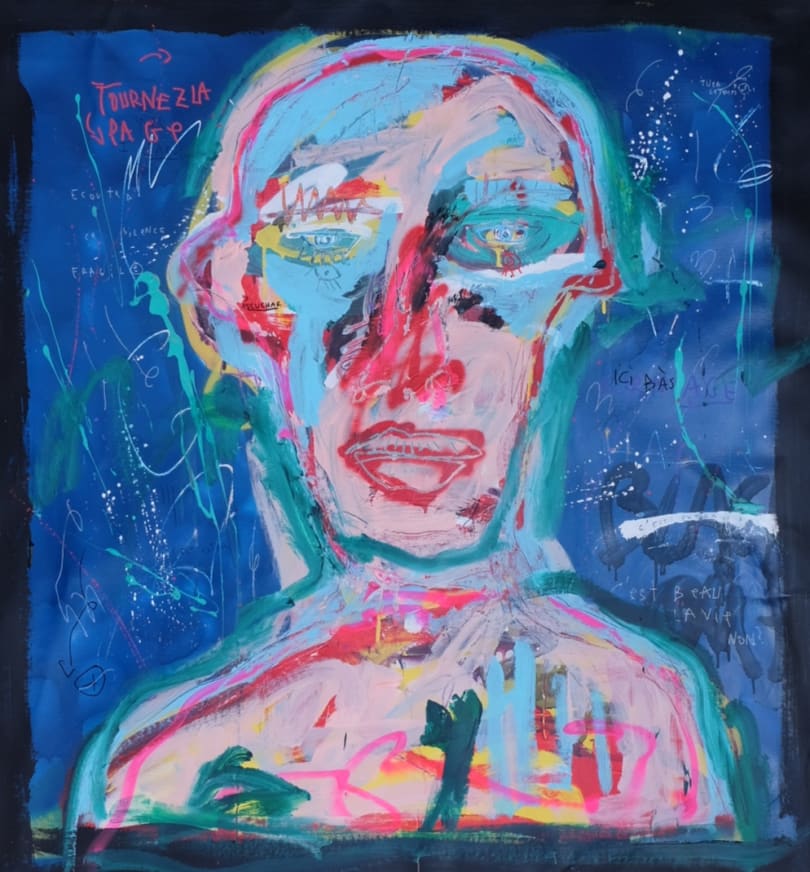 Do you want to ask for help to acquire a work by Jazzu ?