Cope2 was born in 1968, he lives and works in New York. Real international legend of the graffiti, many graffiti artists come to meet him to paint with the one who is considered as one of the American masters of the graffiti culture.

Of Puerto Rican origin, Cope2 grew up in Kingsbridge in the South Bronx. He hasn't forgotten where he comes from. Fernando Carlo, his real name, spent his childhood in one of the most difficult neighborhoods in New York. He claims to be a graffiti artist in his own right, armed with spray cans, he puts his creations on canvases and walls all over the world.

Cope2 carries strong messages with his works since the 80's, moreover he has been painting since 1978. In the 1990s, he used his art to counter the rise of populism in the local politics of his city.

At the beginning of his career, he founded a collective called "Kids Destroy". This collective later adopted the name "King Destroy", as the artist called himself "King" of the New York subway line 4.

Today, Cope2 is part of two crews: KD and TNB.

In the world of urban art, Cope2 puts everyone in agreement, some agree that without him the graffiti scene of New York would not be the same, and that street art would not have the same importance nowadays in New York and throughout the world.

Cope2 usually draws without sketches and very quickly, he caught the eye of some galleries and cultural institutions. His paintings are collected in both hemispheres by major art collectors.

In addition, Cope2 is courted by major brands for collaborations and partnerships. We can quote for example: Footlocker, Converse, Adidas, Time Life.

His art also interests the world of cinema and video games. His works can be seen in the third part of "Shrek" and in the film "Basquiat". Also, Cope2 appears in the best-selling video game "Grand Theft Auto IV" and in "Marc Ecko's Getting Up: Contents Under pressure" which puts graffiti at the heart of the action and makes Cope2 a character of the game.

Cope2 is a sought-after artist who is becoming more and more popular on the art market.

Cope2 feels he belongs in the street, but in recent years he has realized that working in the studio is more remunerative for him and he can try new aesthetic approaches. In the studio Cope2 transposes his raw energy and his legendary bubble-shaped lettering onto canvas.

In recent years, Cope2 has been the subject of several documentaries and biographies. A just reward in view of his immense career as an artist and surveyor of his city.

It is with great joy that we present a shortlist of this American artist, world-renowned in the world of graffiti and on the contemporary art market. 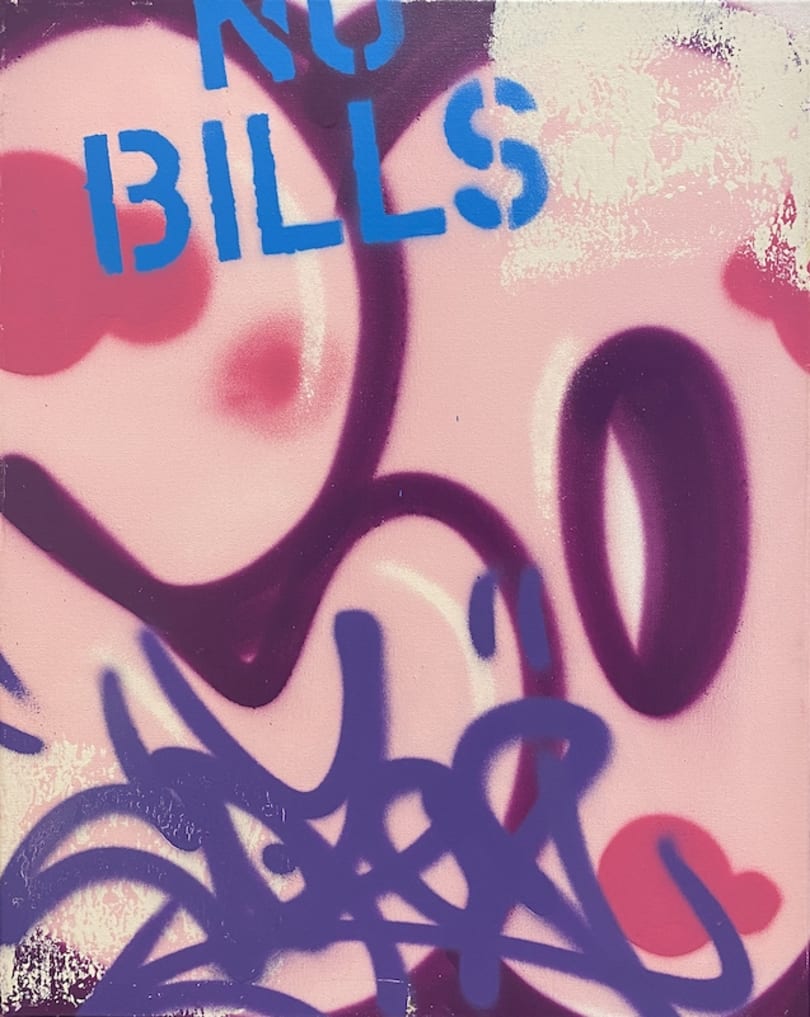 I want to sell or estimate a work by Cope2

Do you want to ask for help to acquire a work by Cope2 ?