Sino is among the pioneers of the graffiti movement made in France. It is in 1986 that he began his work on the letter. He begins by imposing his signature in the form of a tag. He was then strongly influenced by the frescoes of the collective FBI in La Defense.

At that time, few taggers practiced this practice. La Défense and the Puteaux train station are among his favorite playgrounds. This is where the artist developed his style and technique. The stations appear as strategic places in the development of graffiti frescoes, especially through the use of color. The first generation of graffiti artists particularly appreciated these places, because the mass of public transport users saw their murals on huge concrete walls. Real open-air galleries.

The end of the 1980s and the beginning of the 1990s represented the birth of an emulation for urban arts in France, especially in the Paris region: the frescoes were becoming more and more colorful. Complex letters, characters and staging elements appeared in number on the walls.

The discovery of the "Subway Art" and "Spraycan Art" bibles, which were still not widely distributed at the time, began to raise awareness of an entire generation to the idea of an aesthetic reflection around the notion of fresco. This generation even developed a strong interest in photography and the documentation of this culture.

Sino is one of the leaders of this movement both in Puteaux where he is based and in the Paris region where he is respected.

Sino thus anticipates and strongly influences the next generation of the Paris-Saint-Lazare line. He successively created the ASA and the DUC before joining the HG. He gathers around him the most talented graffiti artists such as RCF, Sleez or See, all marked by his street activism and his colorful and readable style. Indeed, with the FBI, the DUC of Sino constitute for the western suburbs of Paris the equal of what can be the BBC or Bando for Paris.

From the end of the 1990s before returning to Puteaux, he pursued a great work of recognition of the graffiti movement and weaves a cultural link between Paris and Montreal.

In his studio, he diversifies his work by declining it on canvas. The spirit of graffiti is felt more than ever. The fusion of shapes and colors reveals the perpetual process of the work of the letter and the transgressive atmosphere of an art thought for the street.

As far as his work on canvas is concerned, the letter still represents the pillar of his reflection and his creative process. The peculiarity of his work is that he plays on the density of the colors as well as the different tonalities that it represents. The letter, his predilection in perfect harmony with his composition, transcends itself in all the colors and patterns familiar to his style. This allows him to propose to his spectator a real journey to the heart of his universe. 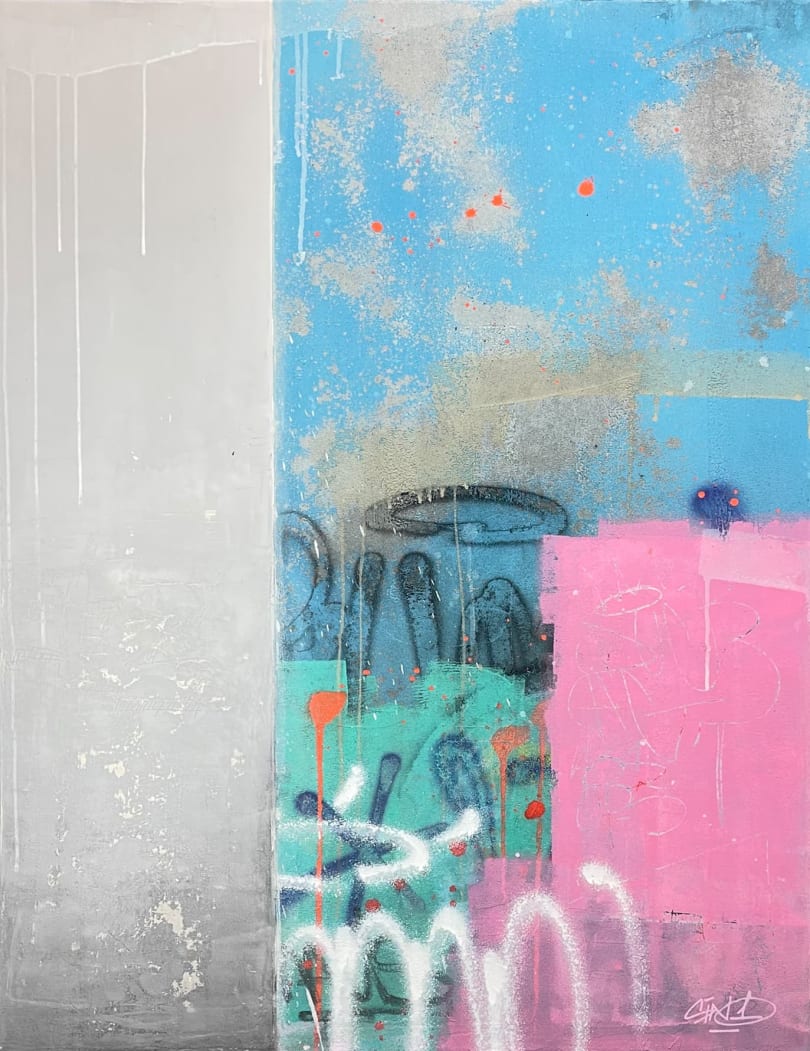 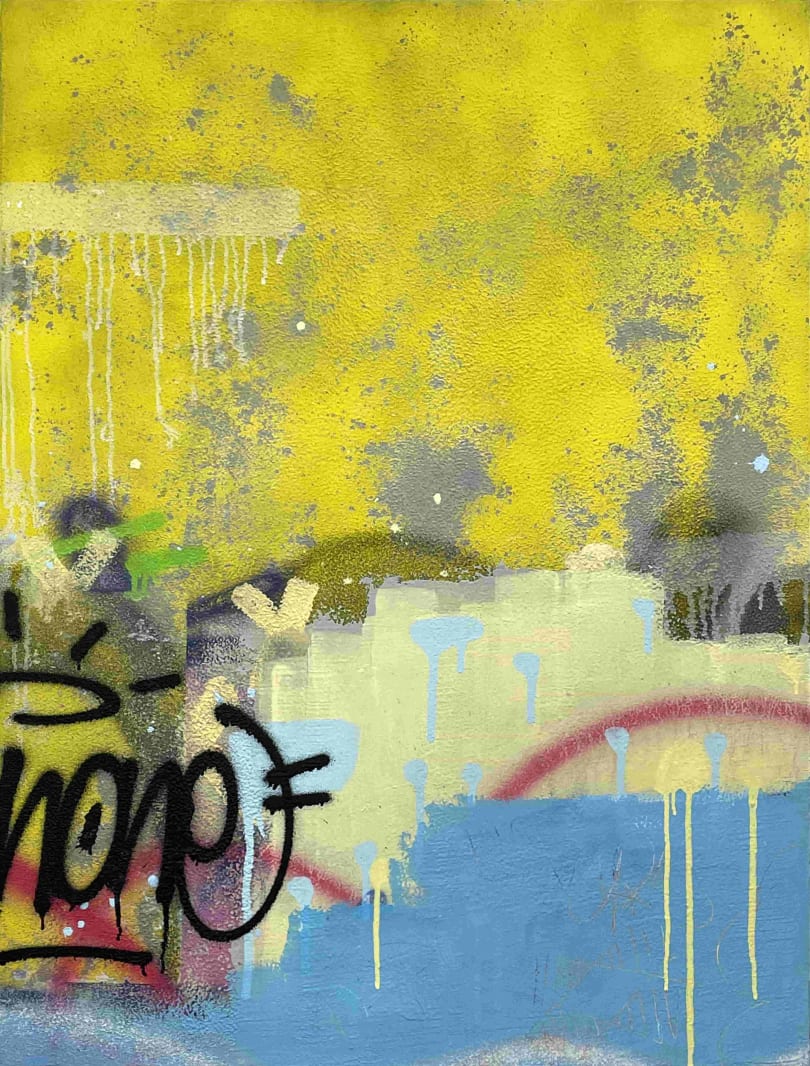 Do you want to ask for help to acquire a work by Sino ?