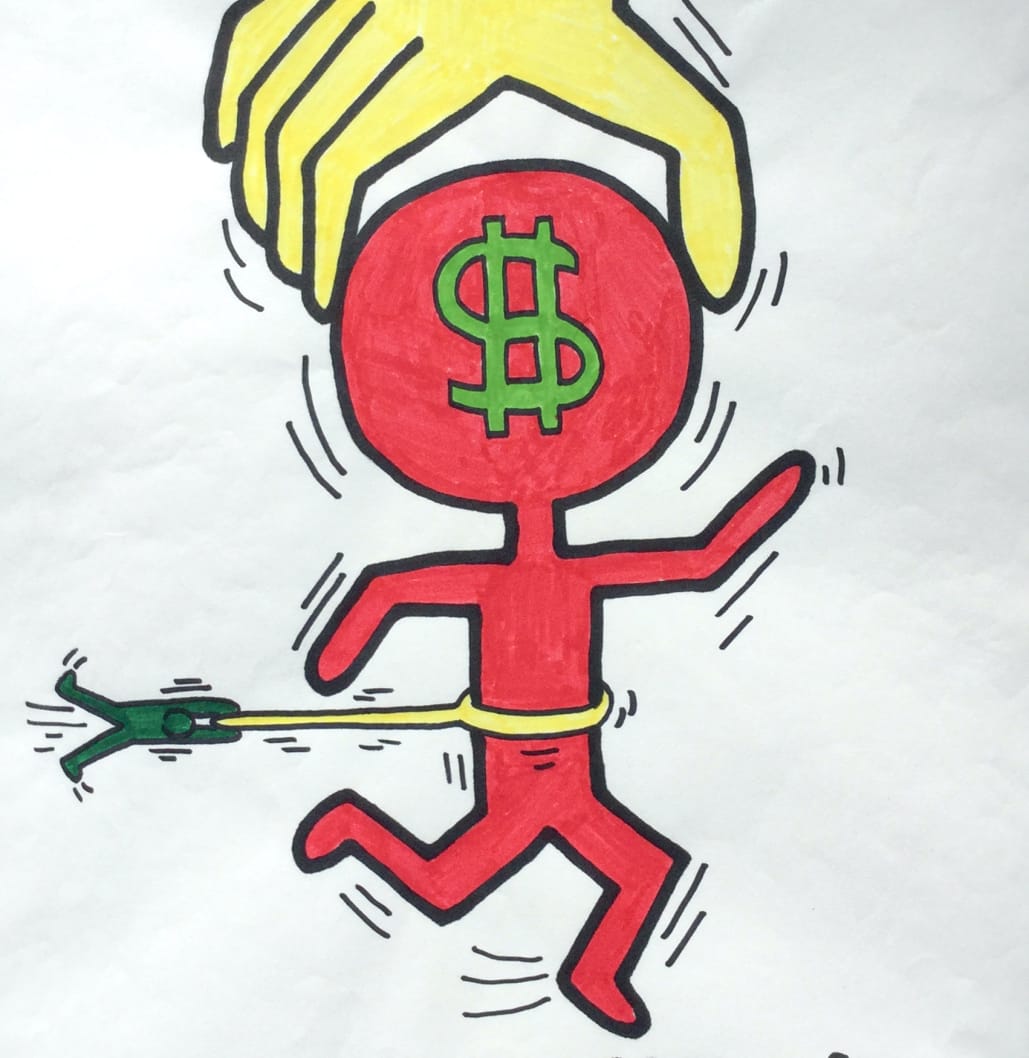 Keith Haring was born in Reading, Pennsylvania in 1958. From an early age, he enjoyed the music of Aerosmith and the Beatles, and developed a passion for drawing. His parents and teachers encouraged him to continue drawing. At the age of 18, Keith Haring began studying graphic design in Pittsburgh, and continued his training at the School of Visual Arts in New York.

In the 1980s, Haring discovered New York's alternative culture, which, outside of galleries and museums, developed means of expression in new spaces. The city became a favourite playground for many artists. Keith Haring drew hundreds of drawings in white chalk, particularly in the underground. He was regularly arrested by the police for vandalism. He practiced his art in the streets to make it accessible to everyone. Thanks in part to his works in the underground, Keith Haring became an important figure in New York art and participated in successful exhibitions. He became friends with Jean-Michel Basquiat, Madonna, Kenny Scharf, Andy Warhol.

In his works, Keith Haring evokes: racism and prejudice, world peace, the protection of children, the AIDS virus, the consumer society? He has painted large murals for orphanages, hospitals, or on the Berlin Wall. His style is recognizable by everyone: simplified shapes and bright colours make up his creations.

In 1986, he opened his Pop Shop in Manhattan, a shop selling t-shirts, posters, and objects that reflect his art. The aim of this approach is to make his art accessible to as many people as possible. A real revolution in the world of art! The following year, he opened another Pop Shop in Tokyo.

Keith Haring died of AIDS in February 1990 at the age of 31, leaving behind him a committed and fascinating work.

"Art is not an elitist activity reserved for the appreciation of a small number of amateurs, it is for everyone." Keith Haring

No artwork by Keith Haring is available at the moment.

I want to sell or estimate a work by Keith Haring

Do you want to ask for help to acquire a work by Keith Haring ?