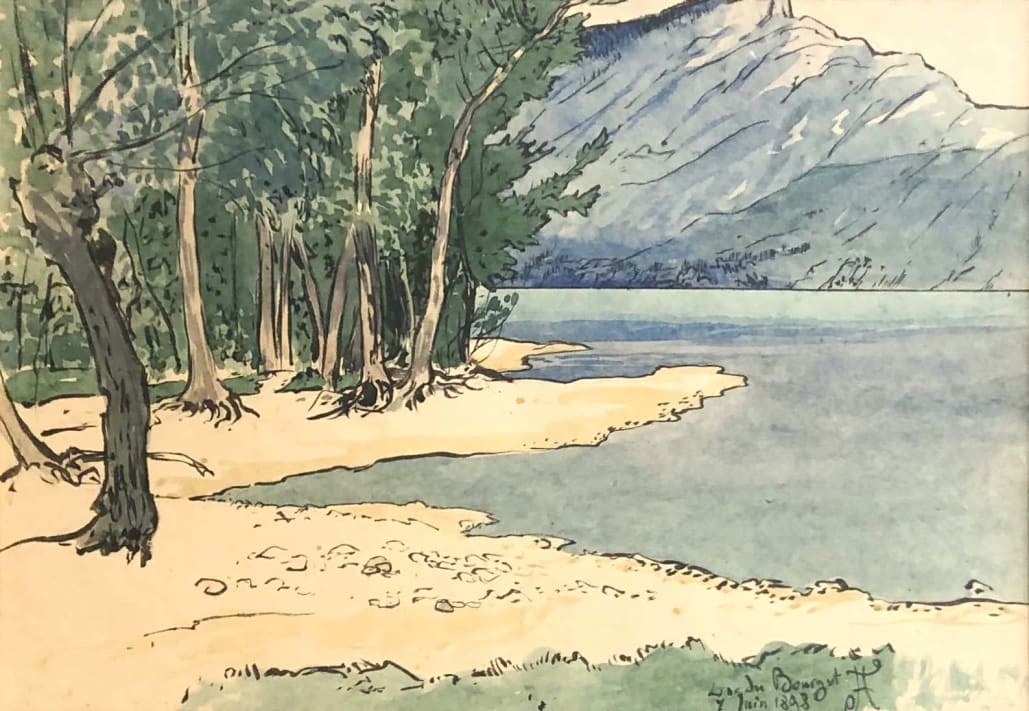 Jean-Francis Auburtin was born in 1866 in Paris. Son of an important architect, the artist was trained in his youth by Louis-Théodore Devilly. He was then admitted to the School of Fine Arts, where he was trained by Benjamin-Constant and Jules Joseph Lefebvre. He married Marthe Deloye, the daughter of a general. His two masters will be the witnesses of his marriage. In 1893, he left for Italy on his honeymoon, an opportunity to immerse himself in the art of the Quattrocento.

In 1897, Jean-Francis Auburtin went to the aquariums of Banyuls and Roscoff to study the fauna and flora. This artist travelled a lot, he stayed in the Golden Islands, in Porquerolles, in Brittany, in Corsica, in the Pyrenees, the Landes, the Haute-Savoie. During these travels, he produced exceptional works which earned him great recognition during his lifetime.

In 1904, Jean-Francis Auburtin discovered Varengeville-sur-Mer, three years later he decided to settle there. It was Jacques Marcel, his architect brother, who built his house for him.

He was strongly inspired by Pierre Puvis de Chavannes who was a great decorator in the 19th century. Auburtin also created many decorations, notably for the Palais Longchamp in Marseille, the Conseil d'Etat, the Sorbonne and the University of Lyon. He is mainly known for his twilight and symbolist landscapes. Auburtin's landscapes are architectural, serenity emanates from them, each time the artist invites us to contemplate nature.

Over the course of his career, Auburtin turned to symbolism by freezing the elements, his acidic hues are replaced by flat areas of colour surrounded by black lines. These black lines are directly inspired by Japanese prints.

Auburtin was a great friend of the painter Albert Besnard and his wife, Charlotte Besnard. Jean Francis Auburtin owned his studio on the Quai Carnot in Saint-Cloud and regularly received his friend Auguste Rodin. For the record, these two great artists shared certain models.

Claude Monet was a great source of inspiration for Auburtin, he had met him in 1896 and in 1897 in Normandy. In 2019, on the occasion of the 10th anniversary of the Musée des Impressionnismes in Giverny, an exhibition entitled: "Monet-Auburtin. An artistic encounter". An original artistic dialogue between two artists fascinated by landscapes. Auburtin set up his easel in the same places as Claude Monet, this exhibition was therefore an opportunity to offer us a beautiful comparison between these two artists. 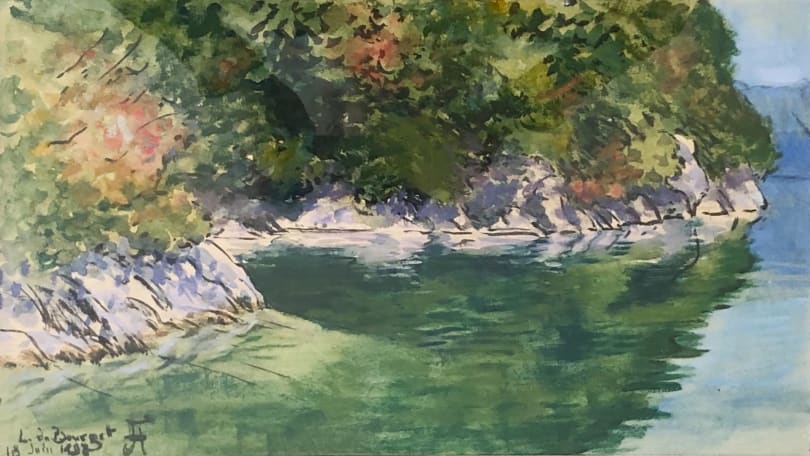 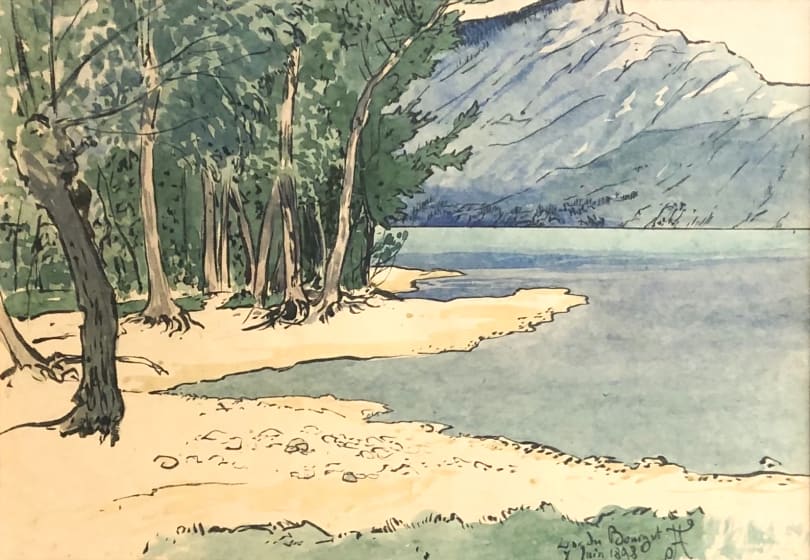 Do you want to ask for help to acquire a work by Jean-Francis Auburtin ?