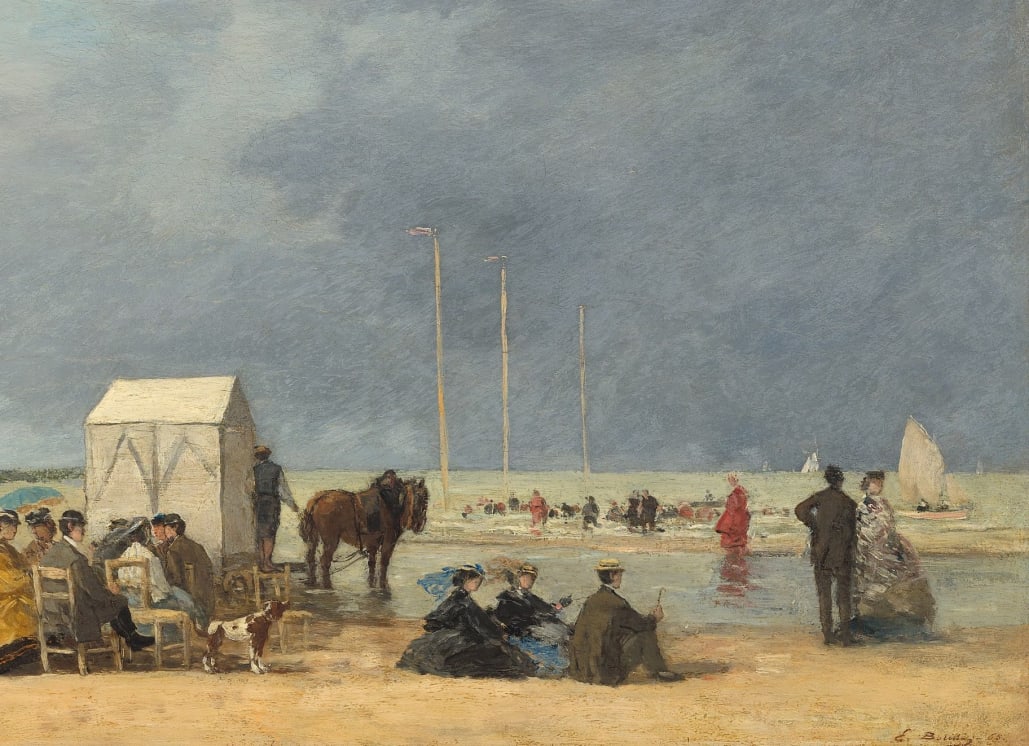 Eugène Boudin was born in Honfleur in Normandy. He is the son of Léonard-Sébastien Boudin and Marie-Félicité Buffet. His father was a sailor on the ships that plied the route between Le Havre and Hamburg, his mother was a chambermaid on these same ships.

In 1835, his family moved to Le Havre. At the age of ten, Eugène Boudin worked as a foamer on a steamboat that shuttled between Le Havre and Honfleur. His father then found him a job as a clerk with a printer, Joseph Morlent, and then with the papermaker Alphonse Lemasle. The following year, Eugène Boudin became an assistant to a papermaker-framer.

At the age of 20, he set up his own papermaker's shop where he exhibited artists. At the age of 22, encouraged by Thomas Couture and Jean-François Millet, he gave up his business to embark on an artistic career. Eugène Boudin decided to take courses at the municipal school of drawing in Le Havre.

In 1851, Eugène Boudin received a scholarship of 1200 francs per year to study painting in Paris. Boudin returned to Paris on 30 June 1851 and trained in Eugène Isabey's studio and at the Louvre as a copyist pupil. Boudin made numerous copies of paintings by the masters, mainly Dutch and Flemish.

From 1855 onwards, Boudin spent his winters in Paris and his summers in Normandy, he also stayed in Brittany. In 1857, Eugène Boudin had his first exhibition in Paris.

Eugène Boudin became friends with Charles Baudelaire and Gustave Courbet. He also met the Dutch painter Johan Barthold Jongkind and Claude Monet. Moreover, it was Eugène Boudin who introduced Claude Monet to outdoor painting. Monet said of Boudin: "If I became a painter, I owe it to Boudin".

In 1862, he witnessed the birth of the fashion for sea bathing and the creation of the seaside resort of Deauville, with the arrival of the railway. It was therefore quite natural for him to turn to representations of the socialite society that went to the Normandy beaches. Eugène Boudin focuses on light and the skies. Alexandre Dumas fils wrote to Boudin: "You, who are the man of the skies" Gustave Courbet is said to have said: "In truth, my dear, you are a seraphim; only you know the sky!". Camille Corot and Claude Monet nicknamed him "the King of the skies". Painting landscapes or seascapes for Boudin was a pretext for treating his favourite subject: the skies.

In 1874, Eugène Boudin took part in the first exhibition of Impressionist painters in the studios of the photographer Nadar in Paris. Boudin is considered to be one of the precursors of this movement. His great reputation enabled him to travel throughout Europe: in Flanders, the Netherlands, Italy and the south of France.

In 1886, some of his works were shown at the great Impressionist exhibition organised in New York by Paul Durand-Ruel. In 1889, Eugène Boudin was awarded the gold medal at the Universal Exhibition in Paris. His wife died the same year.

Every winter from 1890 onwards, Boudin stayed in the south of France. He painted outdoors and was fascinated by "the splendours of light". In 1892, Eugène Boudin was made Knight of the Legion of Honour, a decoration awarded to him by the symbolist painter Pierre Puvis de Chavannes.

Until 1895, Boudin regularly travelled to Venice, which was a great source of inspiration for many painters. Eugène Boudin died in 1898, leaving behind him remarkable works. 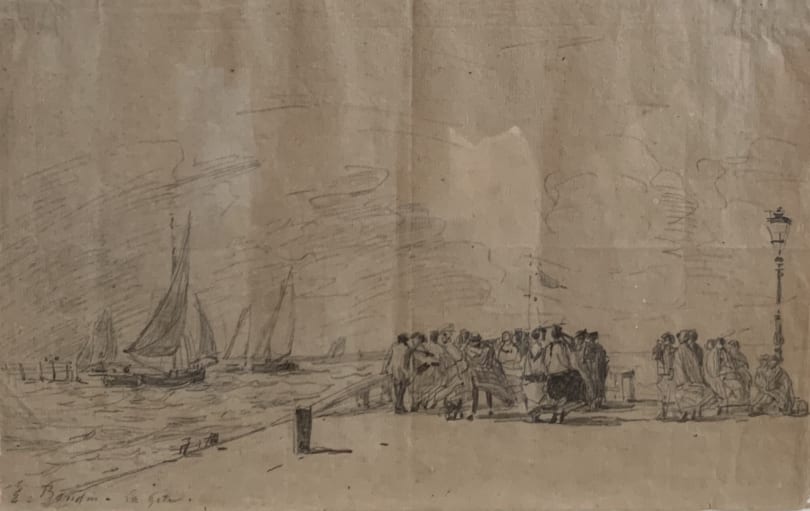 I want to sell or estimate a work by Eugène Boudin

Do you want to ask for help to acquire a work by Eugène Boudin ?