Yayoi Kusama is the most famous Japanese artist in the world. This unique artist is highly considered by art lovers. With her immersive works flirting with notions of infinity, space and reality, Yayoi Kusama is an iconic figure of the hippie years. Discover 8 things to know about Yayoi Kusama.

Yayoi Kusama was born on March 22, 1929 in Matsumoto, Japan. She grew up in a large family whose fortune came from selling seeds and running nurseries. 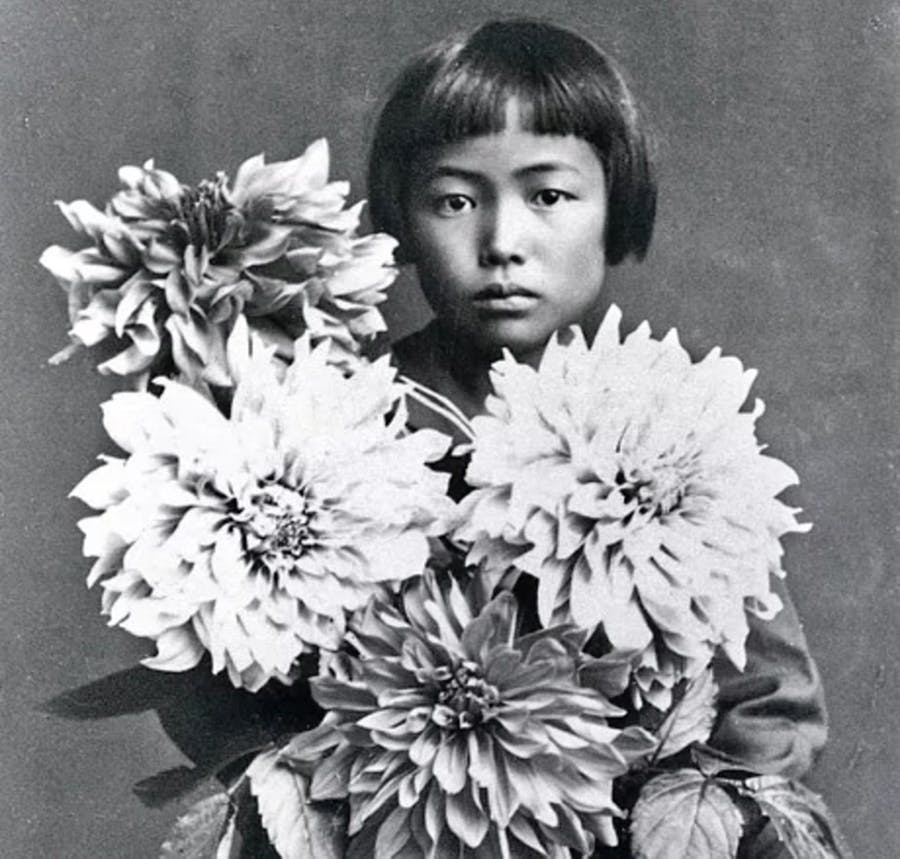 With the attack of Pearl Harbor on December 7, 1941, the Japanese entered the Pacific War, Yayoi Kusama was then only 12 years old, she must serve the country with other children to make military uniforms and parachutes. At the same time, she drew and painted flowers.

From the age of 10, the Japanese woman had hallucinations, the first time was during a family dinner.

"One day, after seeing the tablecloth with the red flower pattern on the table, I looked up to the ceiling. There, everywhere, on the surface of the glass as well as on that of the beam, were the shapes of the red flowers. The whole room, my whole body, the whole universe was full of them.". 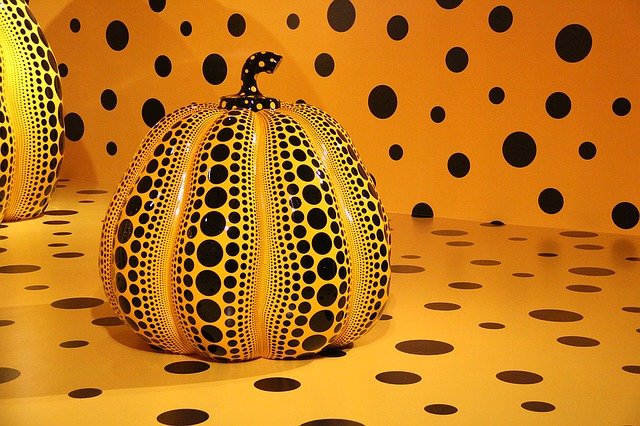 These hallucinations have led her to produce works covered in peas. With her concept of Self obliteration, the artist worries about the disappearance of individuality, even though she readily acknowledges that "we are more than miserable insects in an incredibly vast universe".

4 - She is fascinated by phallic forms 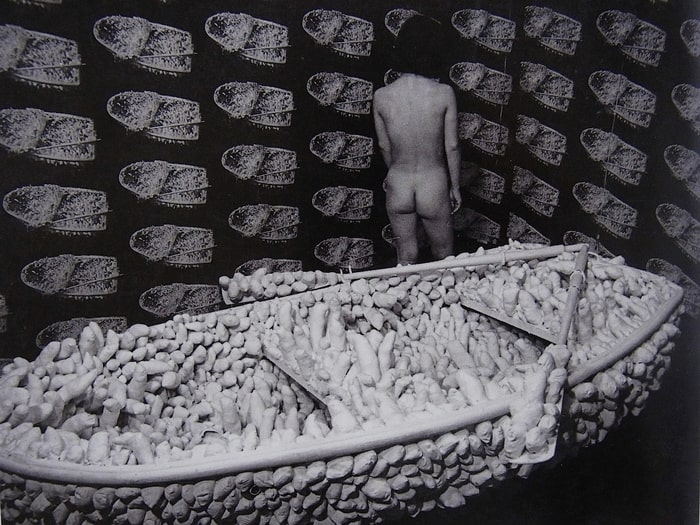 Aggregation: One Thousand Boats Show in 1963

In 1963, she exhibited an installation called Aggregation: One Thousand Boats Show at the Gertrude Stein Gallery. This work impressed Andy Warhol, it was composed of a monochrome boat entirely covered by phallic forms. The phallic form symbolizes masculinity and fertility in Japanese culture.

In 1966, the Japanese Yayoi Kusama raised public awareness at the Venice Biennale. 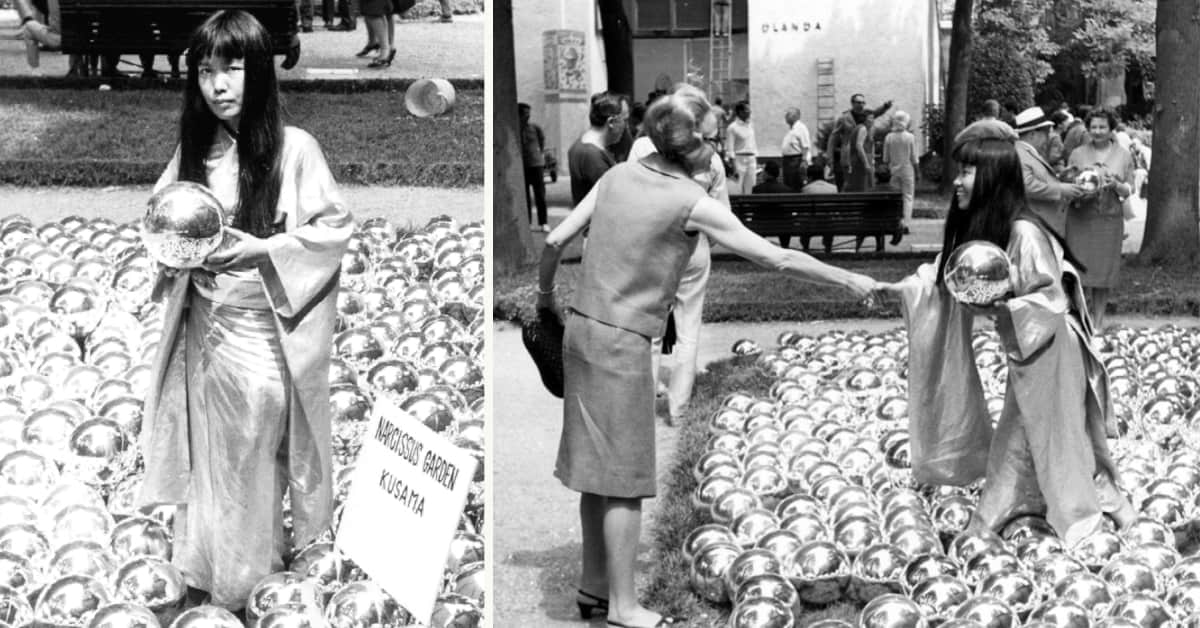 Yayoi Kusama at the Venice Biennale in 1966

With her friend Lucio Fontana, she poured 1500 shimmering spheres in front of the Italian pavilion. It was her work entitled: Narcissus Garden which she presented without any authorization. In 1993, she represented Japan at the Venice Biennale.

6 - She resides in a psychiatric hospital since 1977

Yayoi Kusama returned to Japan in 1973 because she was mentally ill. 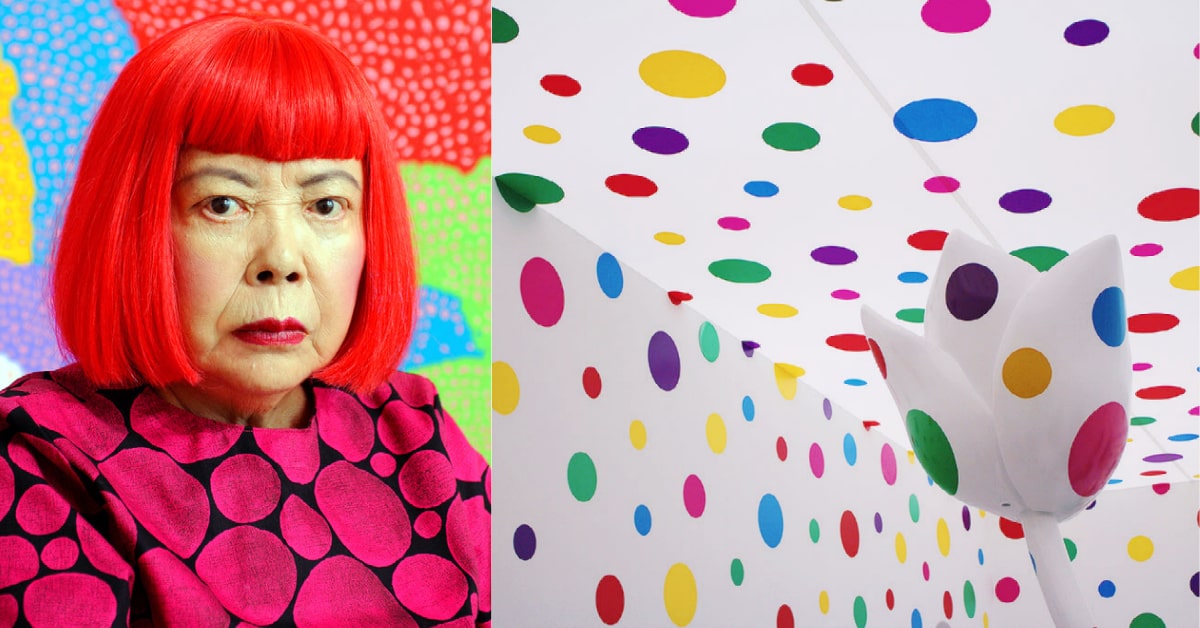 Since 1977, Yayoi Kusama has lived in Seiwa Hospital, where she even has a studio. Her assistants work just across the street.

The Japanese artist is fascinated by the infinite. In her art, she often plays with the notion of space. Yayoi Kusama has become world famous for her Infinity Mirror Rooms, destabilizing installations in which there is only one entrance door and which are composed of mirrors, balloons, lights, toys or other objects. 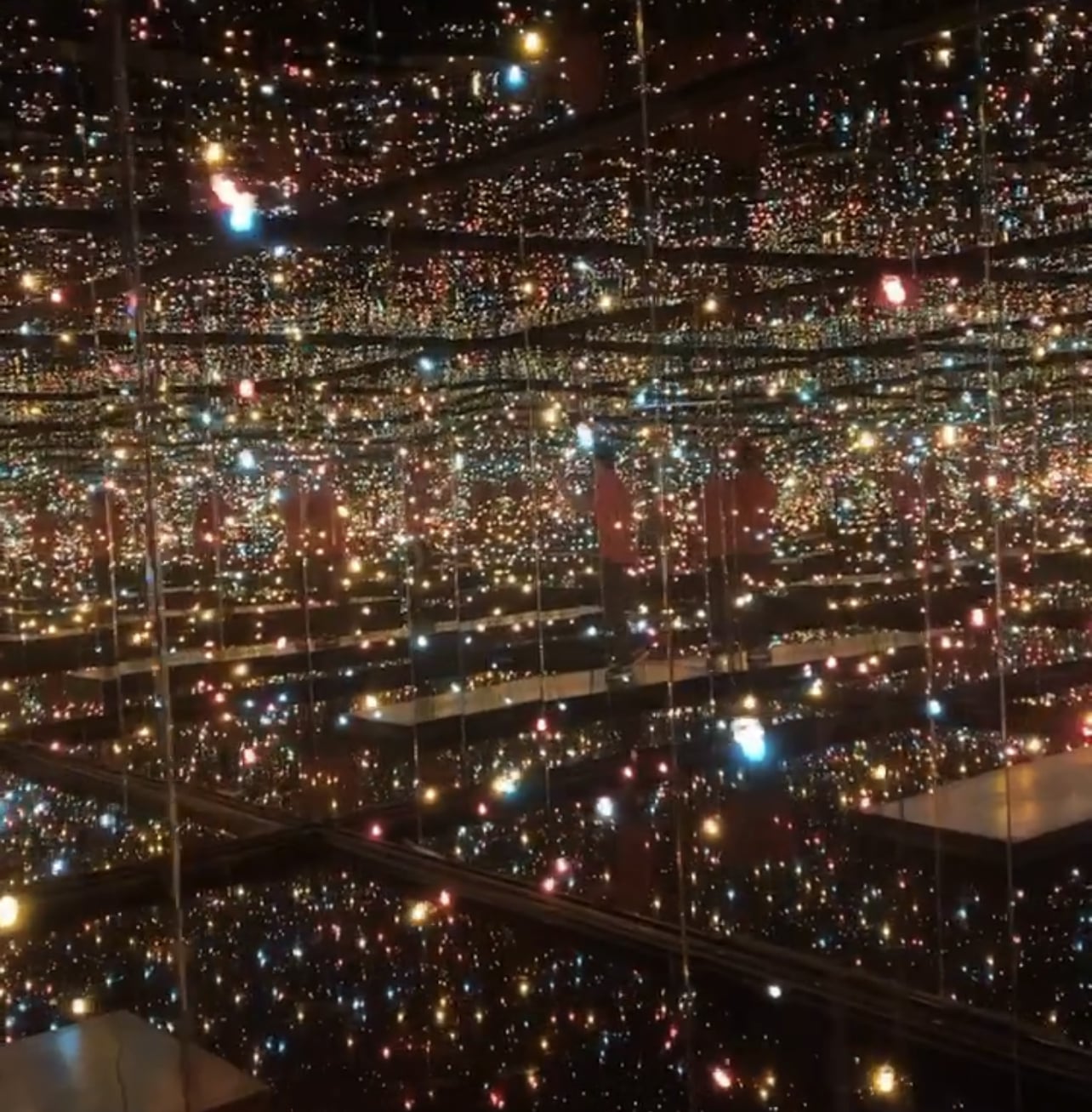 When entering these works, the viewer is literally absorbed by the mirror effect and the infinite reflections.

In France, she exhibited her Infinity Mirror Room Fireflies on Water in 2001 at the Musée des Beaux-Arts de Nancy. This work is still part of the collection of this museum.

8 - Yayoi Kusama is a true star of contemporary art

Yayoi Kusama fascinates people far beyond Japan and the United States, her works are sold on every continent and museums around the world honor her in their collections. 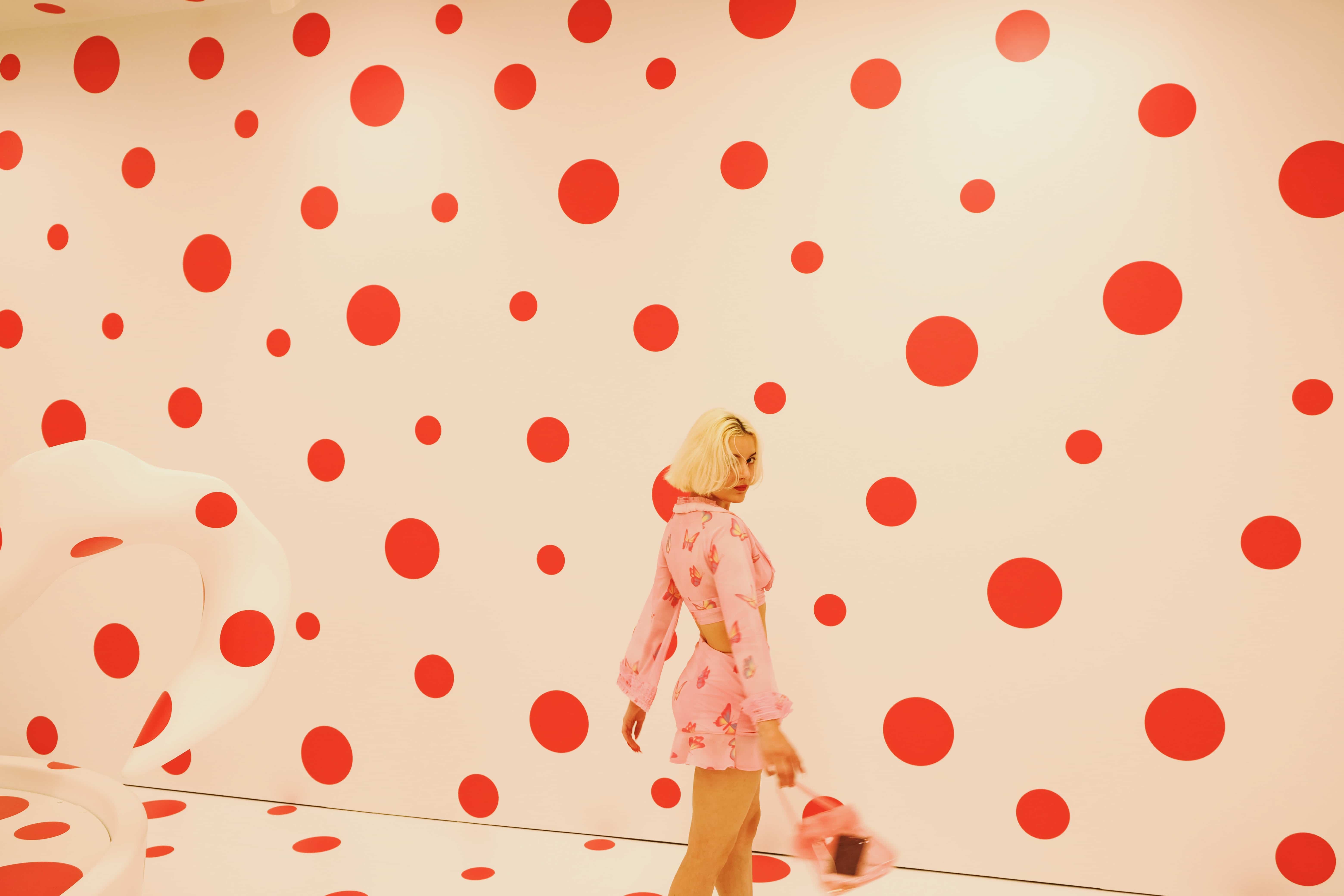 Brands are also snapping her up, for example, in 2012, Louis Vuitton and the artist collaborated on a collection of clothing, bags and accessories featuring her peas.

Travel
Louisiana Museum: an exceptional art collection in the heart of Denmark Collector
What is an Art Curator?