A great master of abstraction, Mark Rothko's brushstrokes lead us to live visual emotions, contemplative reveries of which only he had the secret. His large areas of colours continue to fascinate us today. Art Shortlist offers you 8 things to know about Mark Rothko.

Marcus Rothkowitz was born in Dvinsk (now Daugavpils in Latvia) on 25 September 1903. He was born into a family of the Jewish faith. 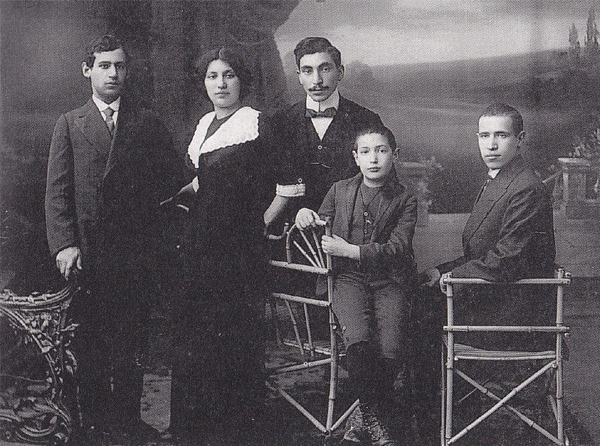 A part of his family in 1912 in Dvinsk, Mark Rothko is the youngest

In 1913, he left the Russian Empire for the United States and moved to Portland where his father and brothers had already settled. His father died only a year after his arrival on the American continent.

In 1938, he obtained American citizenship. Feeling the influence of Nazism rising around the world, he decided to change his name and adopted the anglicised name of Mark Rothko in January 1940. 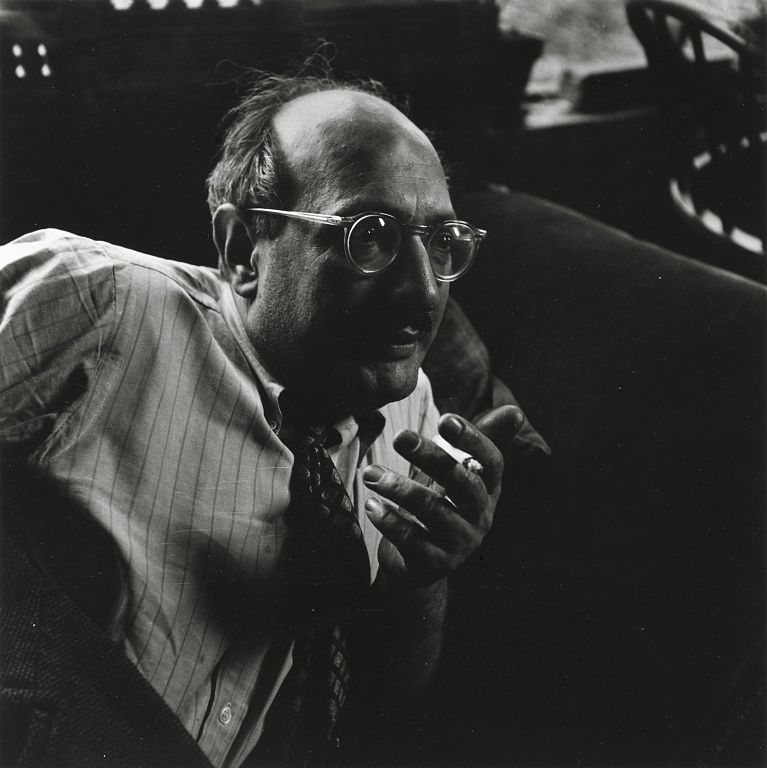 With the German-Soviet Pact concluded between Stalin and Hitler in 1939, Rothko and other artists left the Congress of American Artists to protest against the rapprochement of the congress with radical communism.

In June 1939, he initiated the Federation of Modern Painters and Sculptors, which wished to keep art out of political propaganda.

3 - He taught drawing to children

After training at Lincoln High School in Portland and the prestigious Yale University, Mark Rothko began teaching drawing to children in 1929. 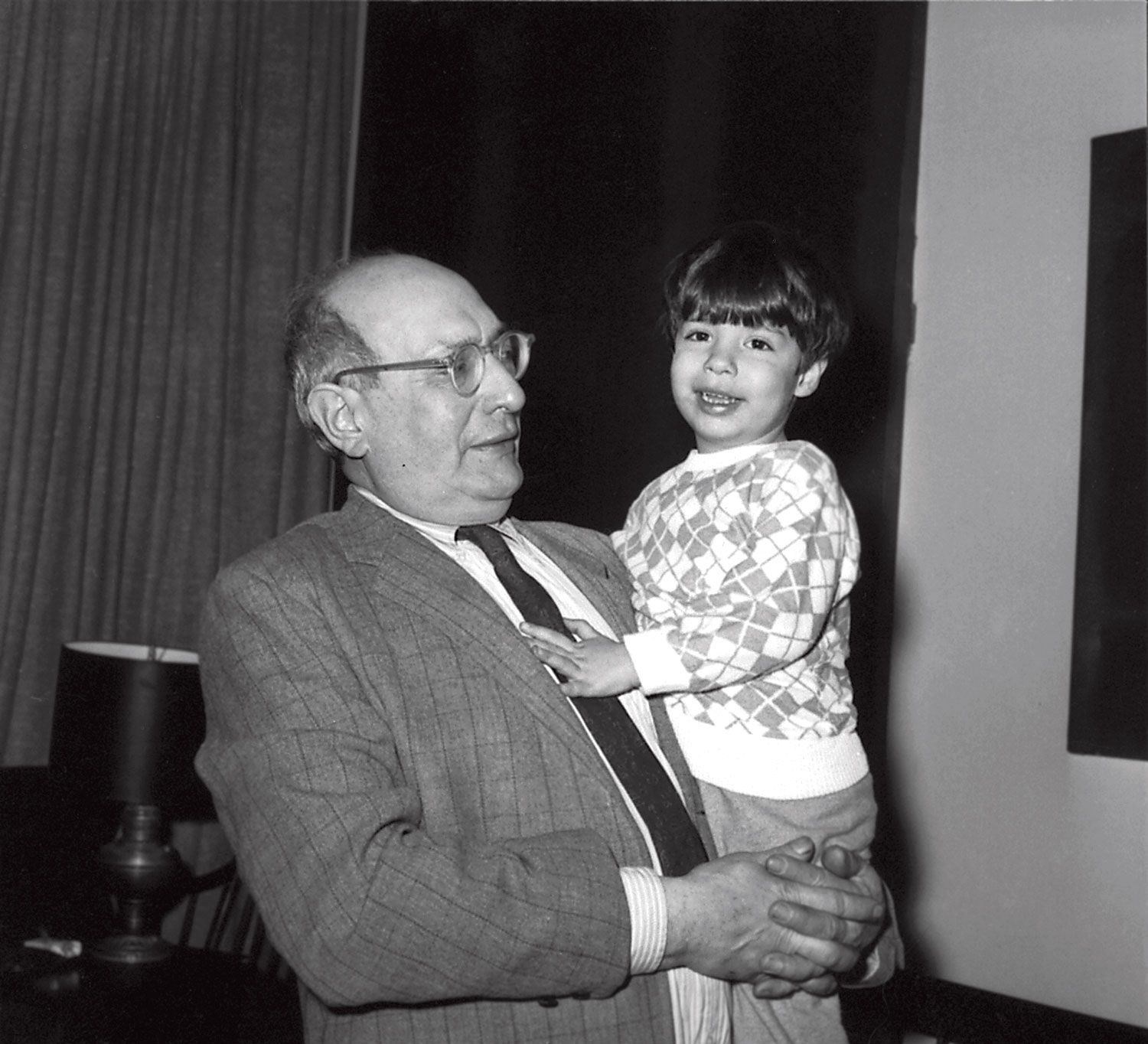 The artist continued to do so until 1952. During all these years, he taught children at the Center Academy of the Brooklyn Jewish Center.

4 - He was a member of Colorfield Painting

After having tried his hand at abstract expressionism with artists such as Adolph Gottlieb and Jackson Pollock, but also at surrealism, Mark Rothko developed a new way of painting at the end of the 1940s. 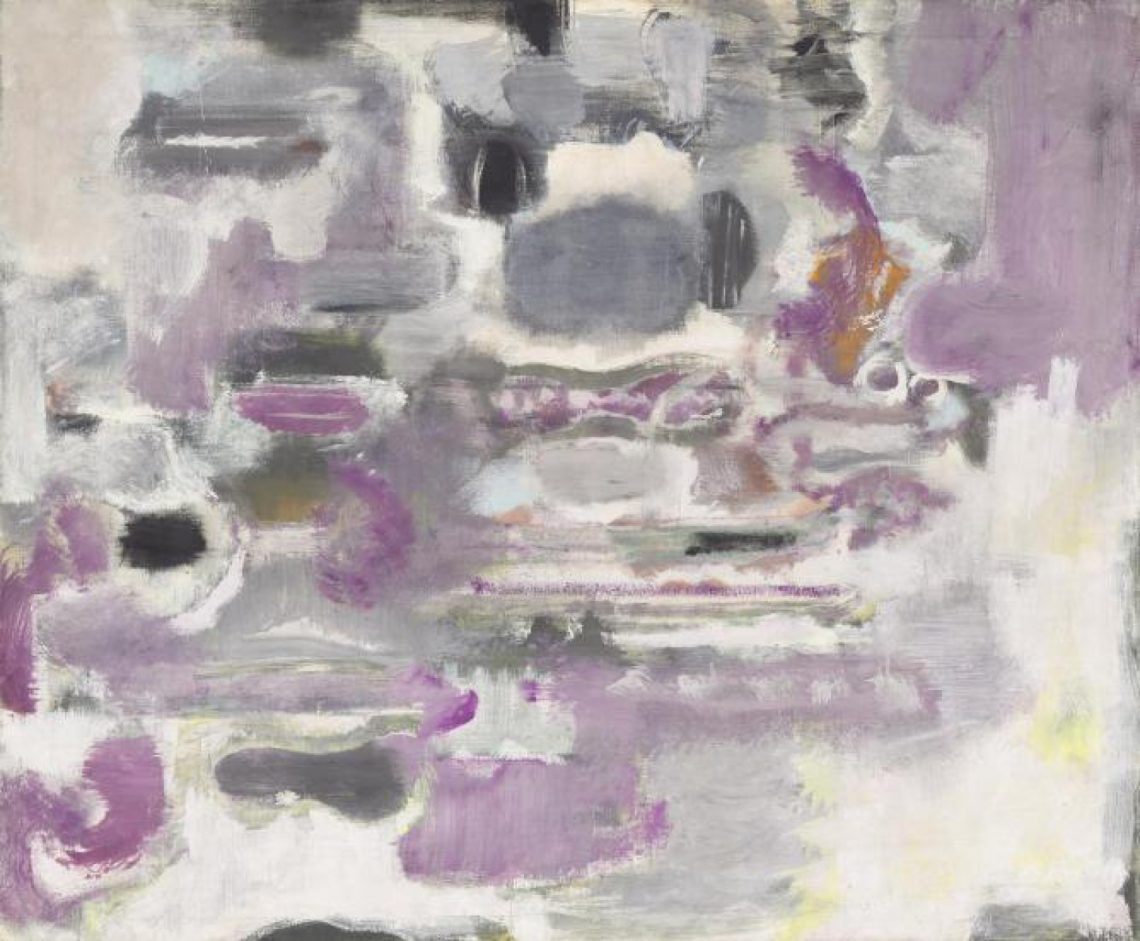 He was rather hostile to the expressionism of Action Painting. Together with Clyfford Still and Barnett Newman, the American painter invented a new way of painting that could be described as meditative. The art critic Clement Greenberg called this movement "Colorfield Painting".

It should be noted, however, that Mark Rothko refused to be classified in an artistic movement, which he considered "alienating".

The collector Duncan Phillips acquired several of Rothko's paintings in the 1950s. 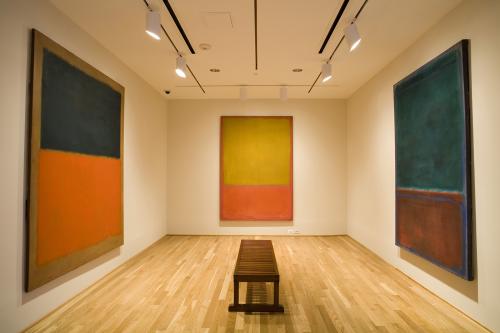 The Rothko Room in the Phillips Collection

The Phillips Collection is the only art gallery in the United States to have a Rothko Room, fulfilling the dream of the American abstract expressionist artist who wanted viewers of his paintings to be undisturbed by other types of art.

6 - A chapel bears his name in Houston, Texas

In 1964, Mr. and Mrs. de Ménil asked him to create a meditation space decorated with paintings. The Rothko Chapel is octagonal in shape and has a huge skylight in its centre. 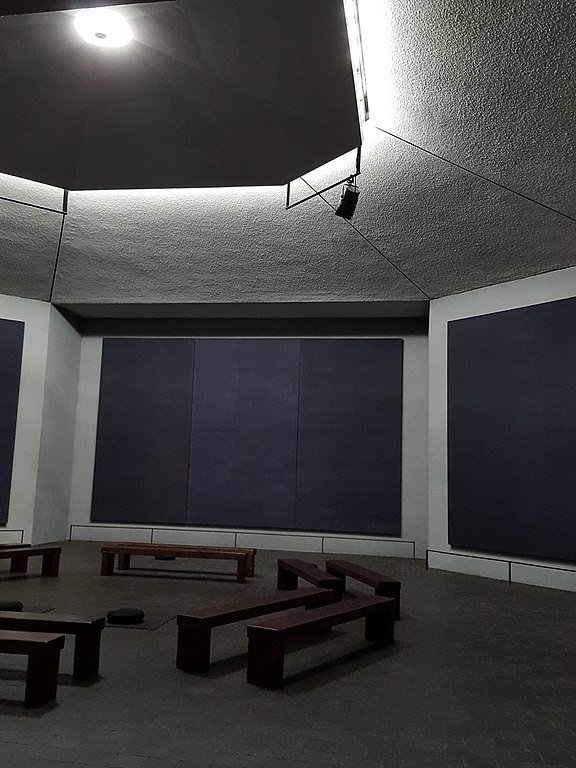 Unfortunately, the artist died a few months before its inauguration in 1971.

"It would be nice if places could be built all over the country, little chapels of sorts, where a traveller or a walker could meditate for a long time on a single painting hanging in a small room" Mark Rothko.

Passionate about creating large-scale paintings, Mark Rothko was stopped in his tracks by an aortic aneurysm that prevented him from painting as he wished. On 25 February 1970, he committed suicide in his studio. 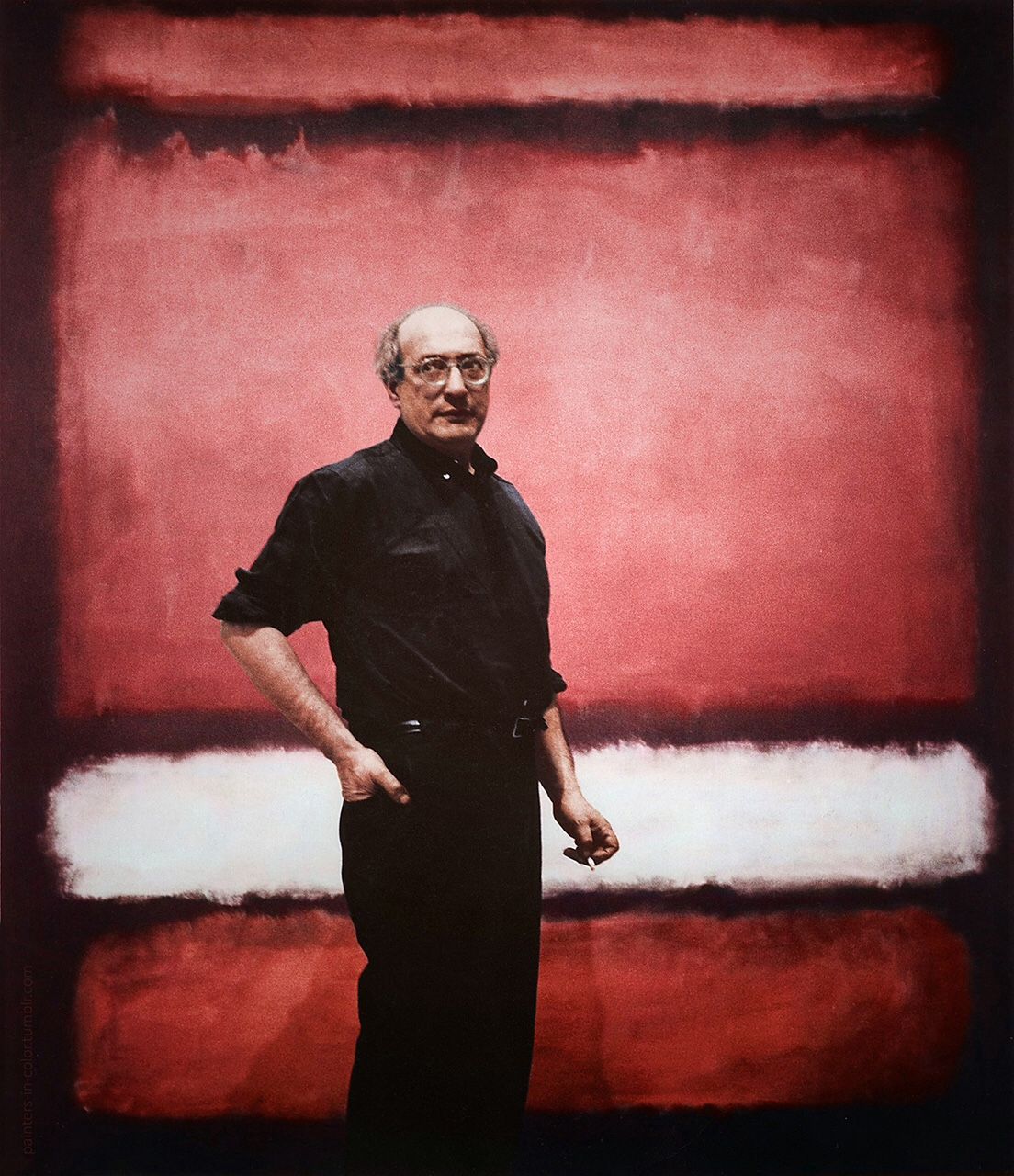 John Hurt Fischer, a friend of the artist said this about Mark Rothko's death:

"I've heard various explanations: he was in poor health, he hadn't produced anything for six months, he felt rejected by an art world whose ephemeral tastes had turned to younger, inferior painters. Perhaps there is some of this; I don't know. But my hunch is that his long-standing anger was one of those causes. For it was the righteous anger of a man who knew he was predestined to paint temples, and saw that his paintings were regarded as nothing more than commonplace commodities.".

8 - Mark Rothko's paintings are expensive on the art market

Collectors are willing to spend astronomical sums to acquire his most beautiful abstract paintings. In 2012, Orange, Red, Yellow (1961) was sold for $87 million. 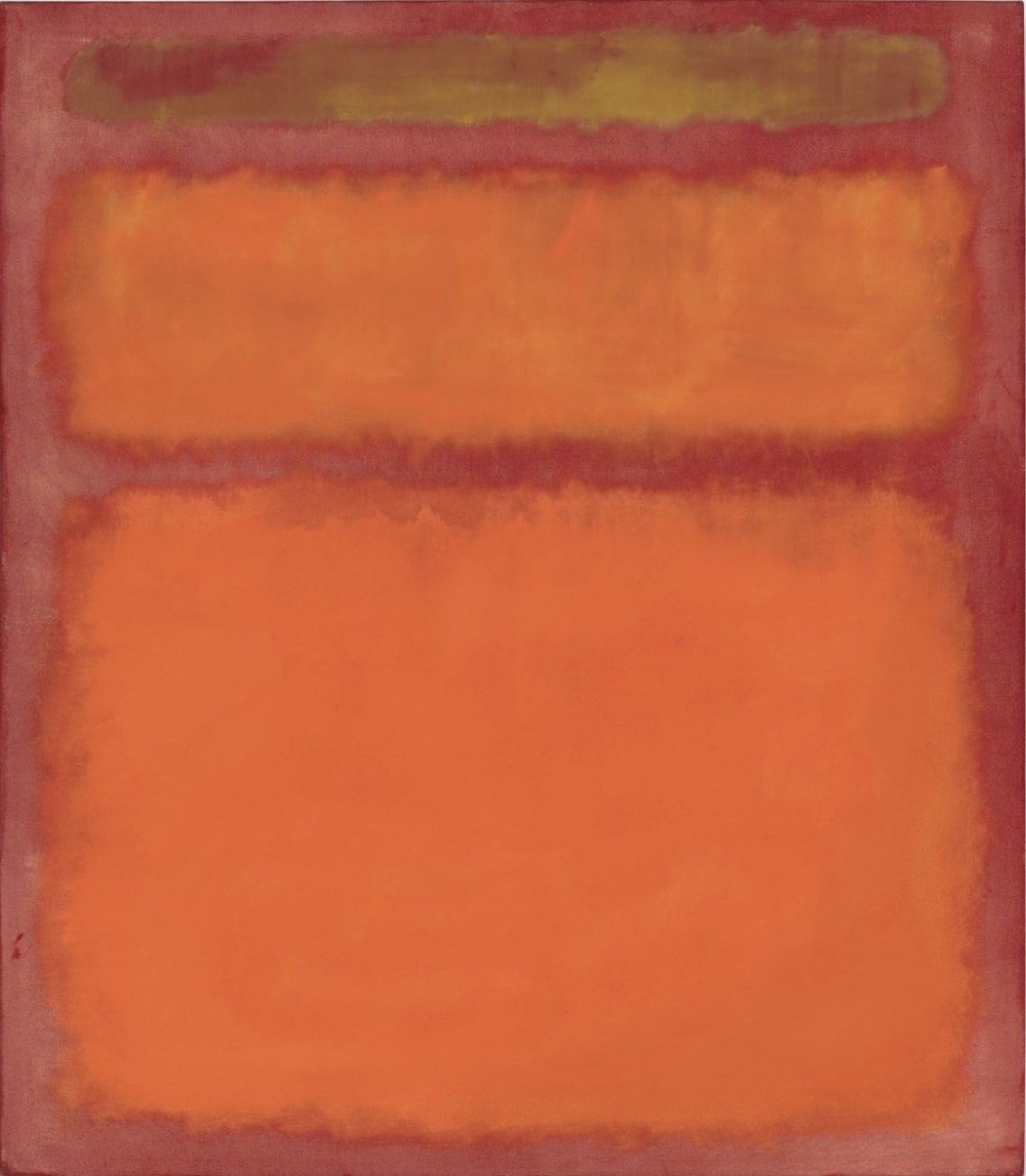