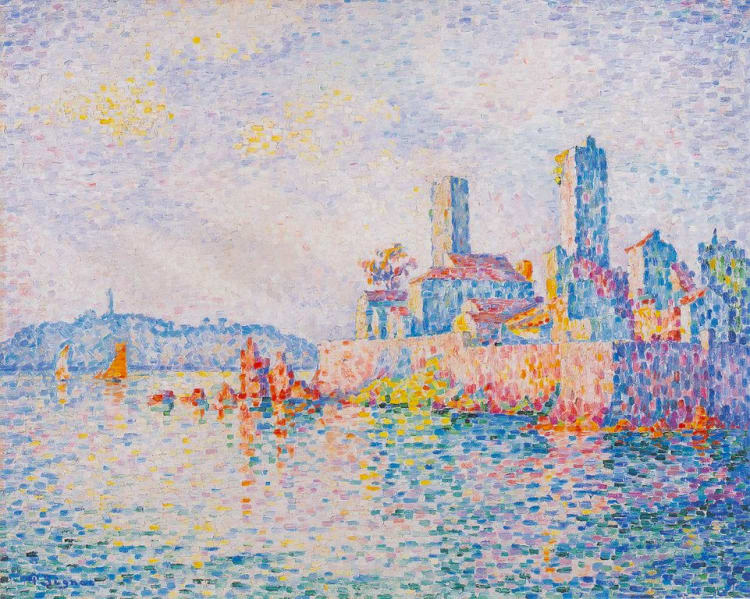 3 min
7 things to know about Pointillism

Pointillism is an art movement that was important during the post-impressionist period in the late 19th century. Also known as Divisionism or Neo-Impressionism, Pointillism emerged under the leadership of Paul Signac and Georges Seurat.

Discover 7 things to know about this artistic movement.

1 - Georges Seurat was the leader of the movement

Painting with touches was already known since the 16th century, Georges Seurat made it a system in the 1880s. 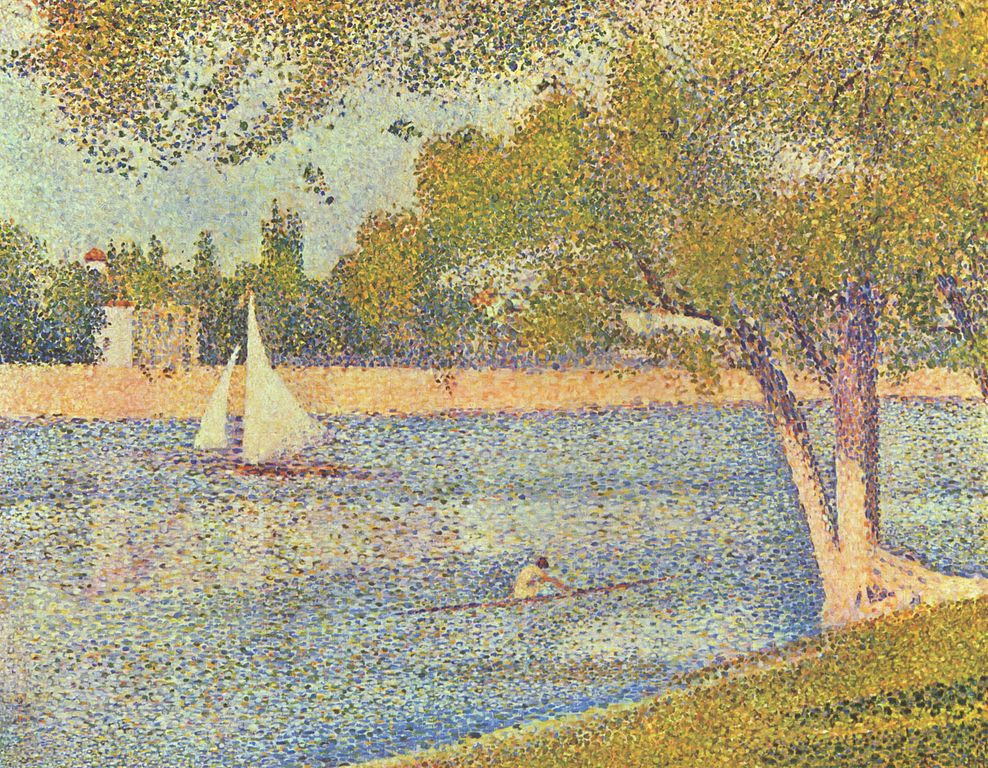 Then it was the art critic Arsène Alexandre who used "Pointillism" to describe this pictorial technique composed of small areas of color juxtaposed to form a composition: a landscape, a portrait, a still life...

Under the impulse of Georges Seurat and Paul Signac, this artistic movement mainly seduced French and Belgian painters. 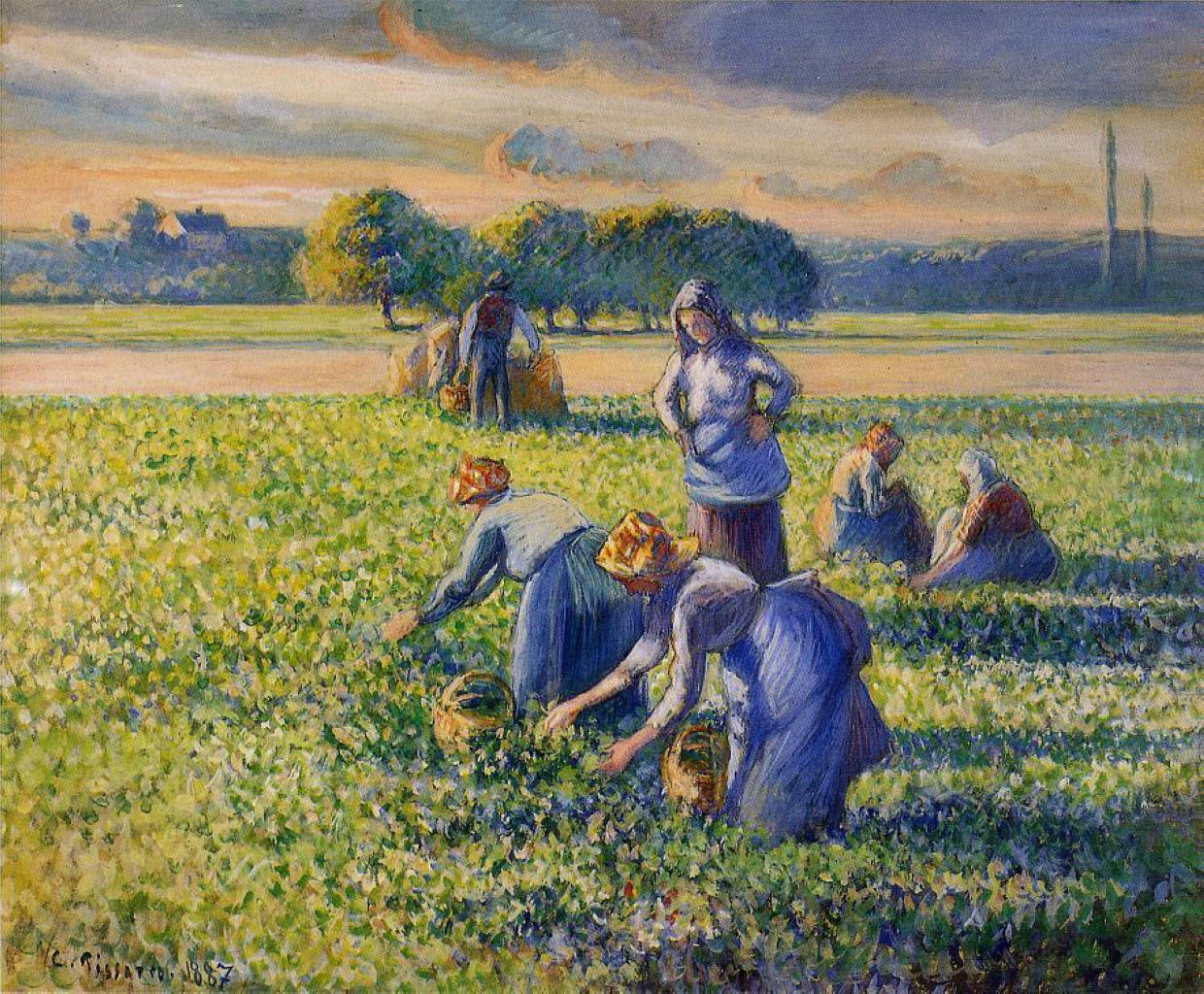 Maximilien Luce, Théo van Rysselberghe, Camille Pissarro, Henri Edmond-Cross and others can be mentioned. Henri Matisse and Vincent van Gogh were even inspired by it.

3 - A painting by George Seurat served as a manifesto 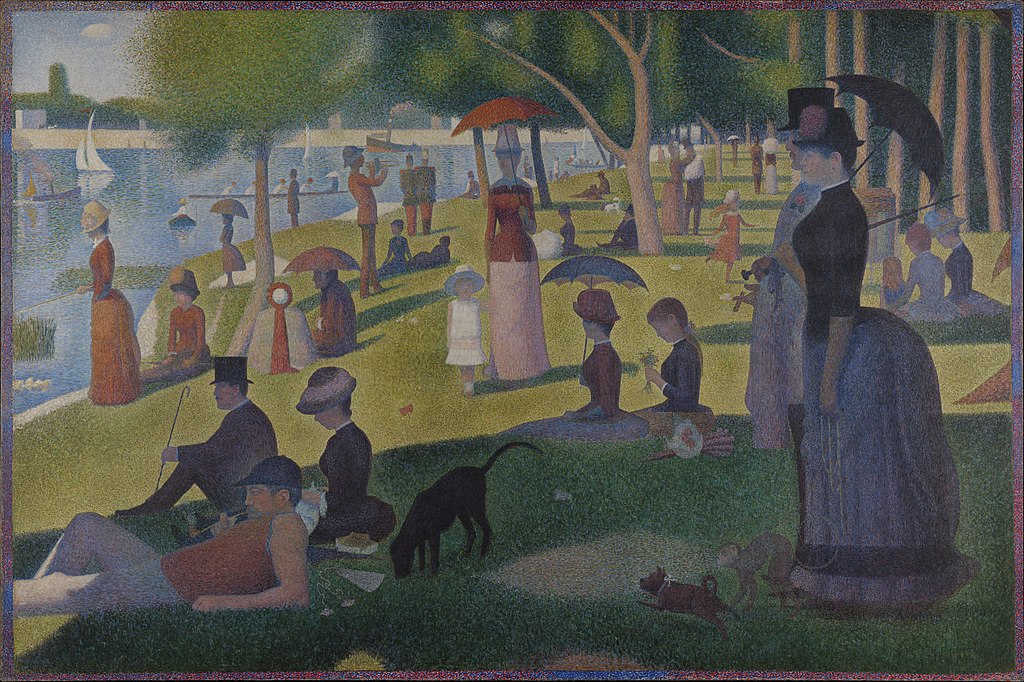 A Sunday Afternoon on the Island of La Grande Jatte, Georges Seurat, 1884-1886

In 1886, Seurat participated in the last Impressionist exhibition and exhibited his painting A Sunday Afternoon on the Island of Grande Jatte. This painting quickly became a manifesto for the artistic movement.

Pointillism is an aesthetically accomplished method of painting that plays on the visual perception of the viewer. 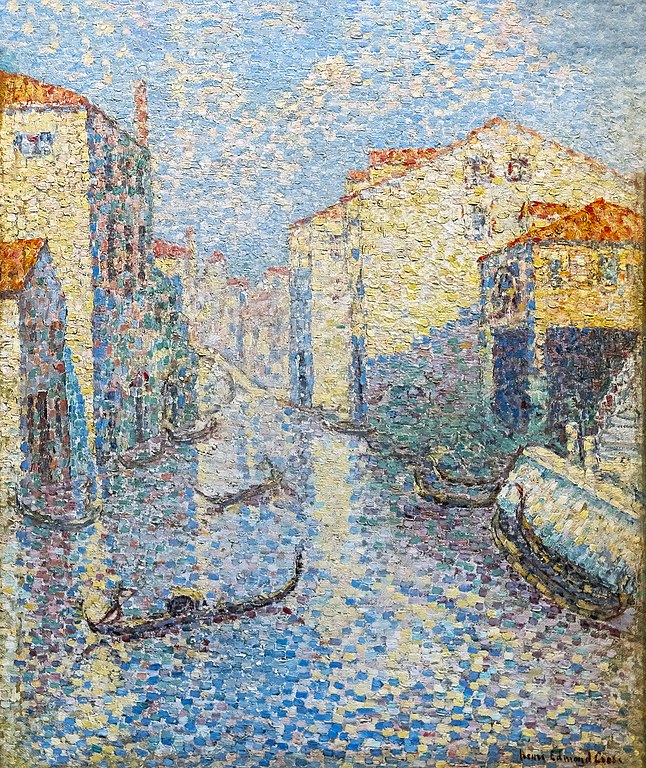 Rather than mixing the primary colors on a palette as was customary, the Pointillists applied the paint to their brushes and then laid the pure colors on the canvas in small square or round strokes.

The optical effects produced by Pointillist works are a direct result of the Law of simultaneous color contrast enunciated by the French chemist Michel-Eugène Chevreul in 1839. 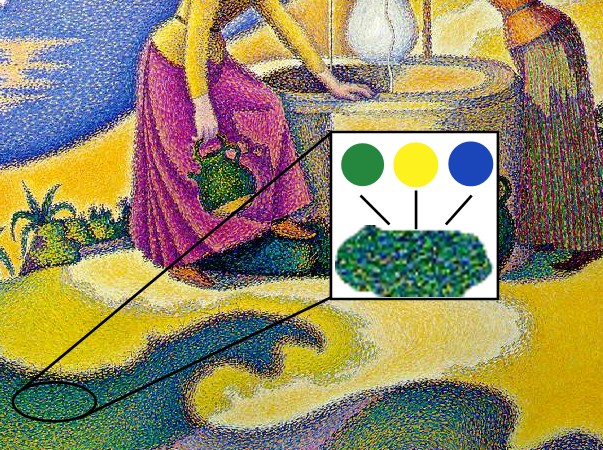 Detail from Women at the Well, Paul Signac, 1892

According to his writings, the tone of two dots of color appears differently when viewed separately and against a common neutral background. This law explains why Pointillist paintings are so visually disturbing and beautiful at the same time!

The Divisionism advocated by Paul Signac is slightly different as it is based on the use of pure colors and a theory of contrast and color that advocates : "that it is easier to paint brighter but by fading, or more colorful, but by darkening." 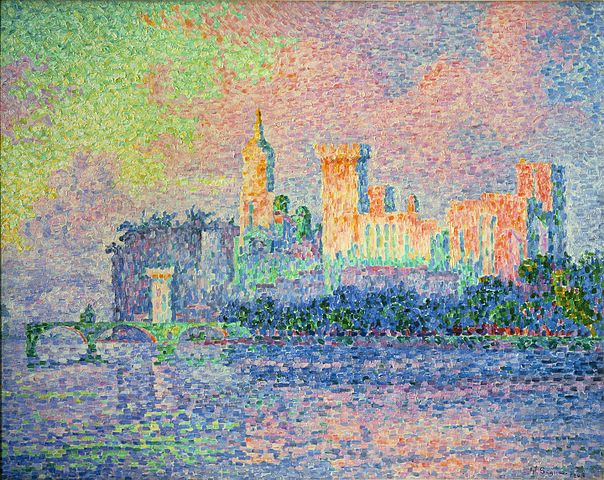 Avignon. Evening (the Palace of the Popes), Paul Signac, 1890

Thus starting from this principle the color is located "in the middle of the ray which, on a chromatic circle, goes from the center - white - to the circumference - black. And this place ensures a maximum of saturation, power and beauty."

Upon Seurat's death in 1891, Paul Signac took over the leadership of the movement and the style evolved into larger pictorial strokes.

This art of reasoned color was named "neo-impressionism" by the art critic and anarchist journalist Félix Fénéon. 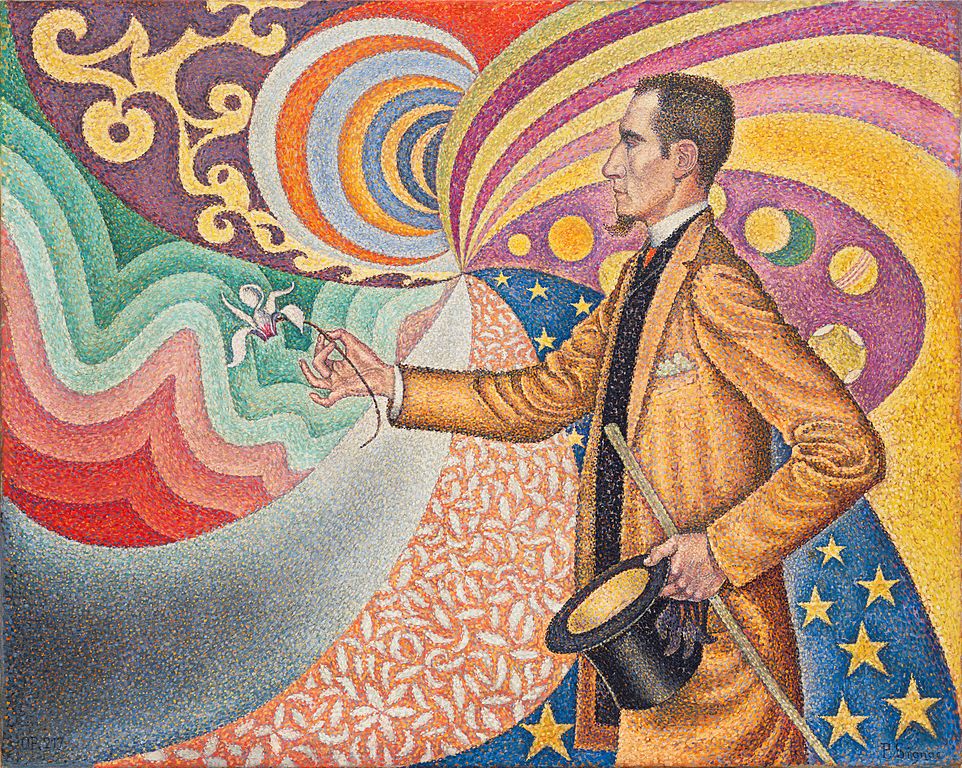 Opus 217. Against the Enamel of a Background Rhythmic with Beats and Angles, Tones, and Tints, Portrait of M. Félix Fénéon in 1890, Paul Signac, 1890

Pointillists or neo-impressionists, it doesn't matter much if they are called the same artists.

Many paintings from this movement are now preserved and visible at the Musée d'Orsay in Paris, France. 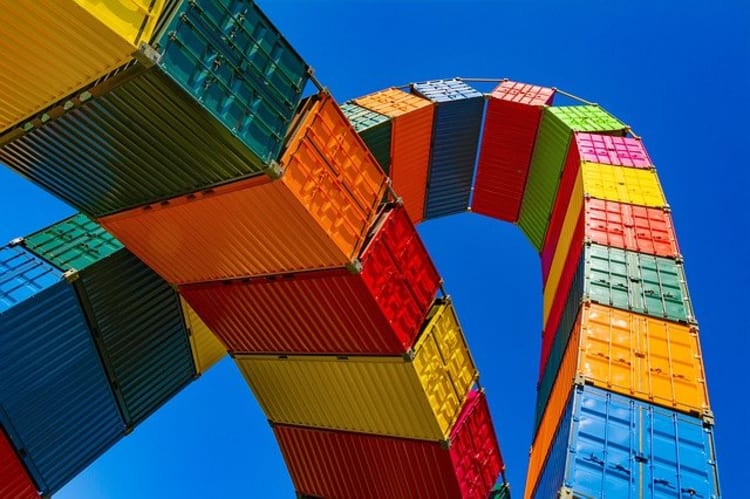 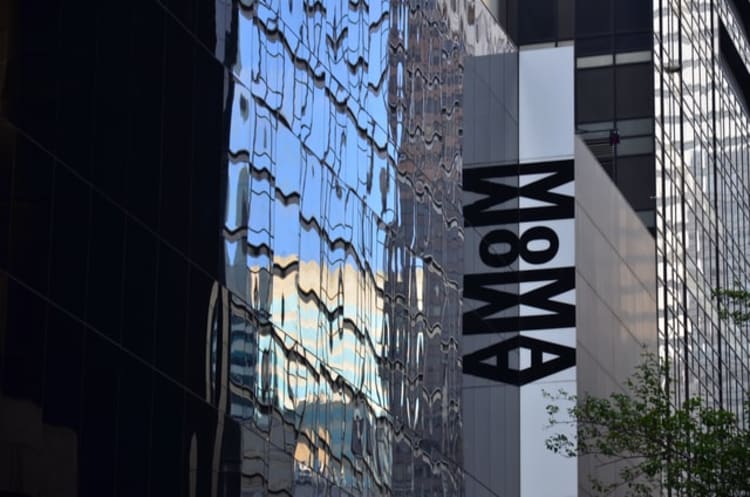 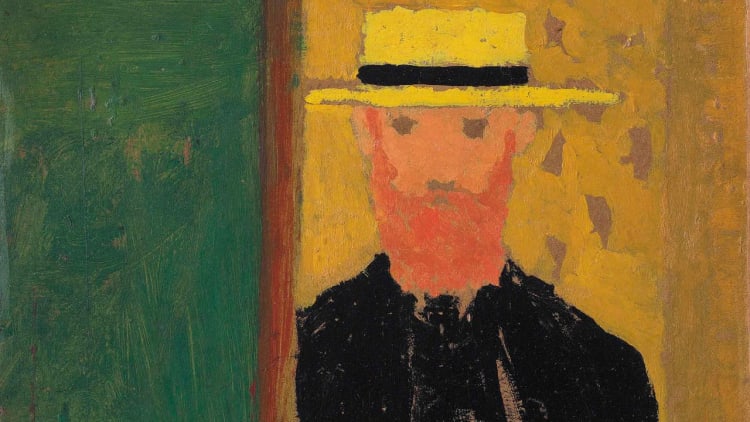