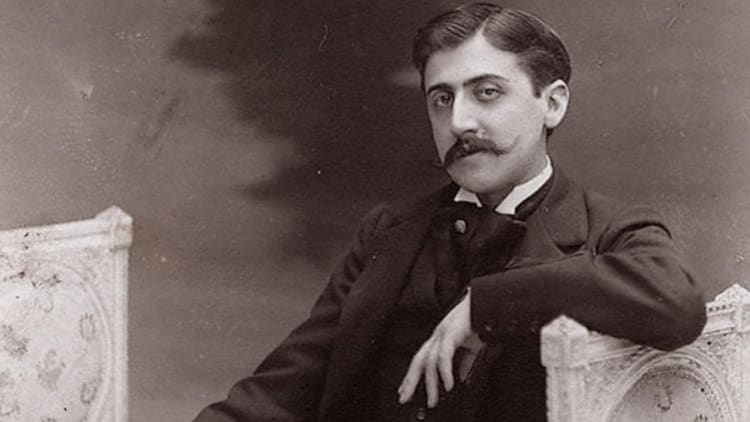 A la Recherche du Temps Perdu is one of the most deeply visual novels in literature.

Marcel Proust's text is full of pictorial references: the character of Elstir is directly inspired by the painters James McNeill Abbott Whistler and Paul-César Helleu. But Proust loved other painters to whom he devotes magnificent pages throughout his work.

We have selected five painters whom Marcel Proust particularly liked.

As a young man, Marcel Proust was enthusiastic about the paintings of Chardin that he saw in the Louvre. 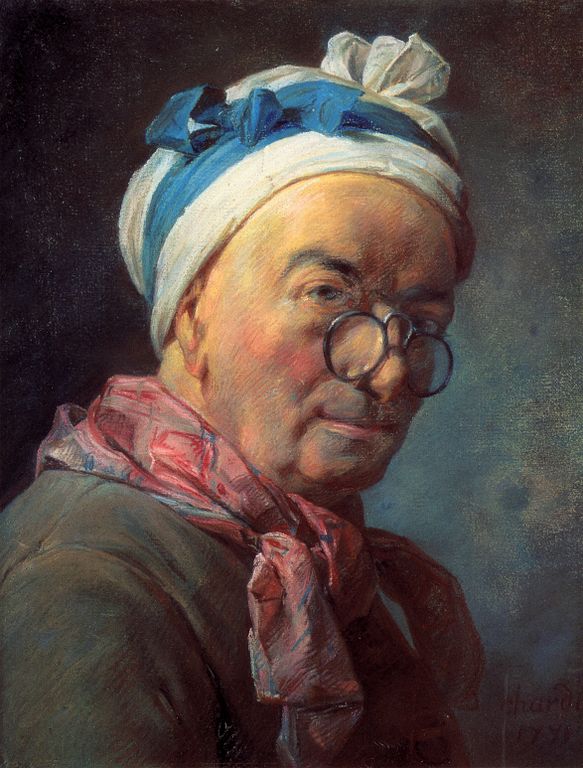 These works will be found throughout A la Recherche du Temps Perdu.

Marcel Proust discovered Vermeer's art during his trip to the Netherlands in 1902 and in particular the View of Delft (1659-1660).

In May 1921, an exhibition dedicated to Dutch painting was held at the Jeu de Paume in Paris, with the View of Delft as its major work. 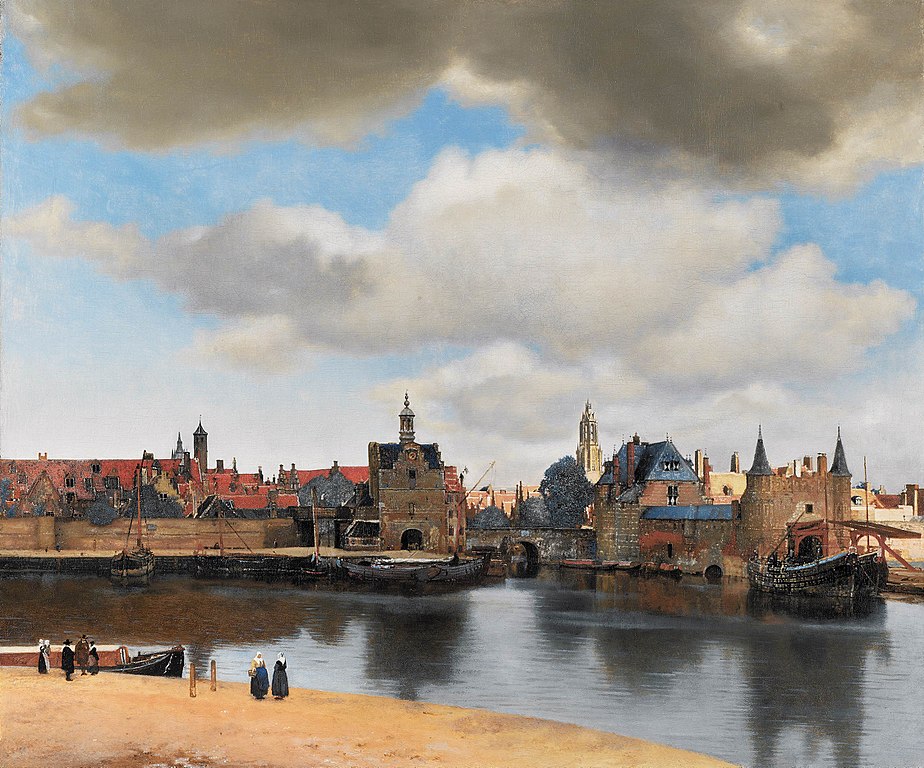 For Marcel Proust, this painting was "the most beautiful painting in the world". Very ill and barely able to stand, he could not resist the desire to go and contemplate this masterpiece again.

Proust wrote to his friend, the art historian Jean-Louis Vaudoyer: "Will you take the dead man that I am, and who will lean on your arm?". 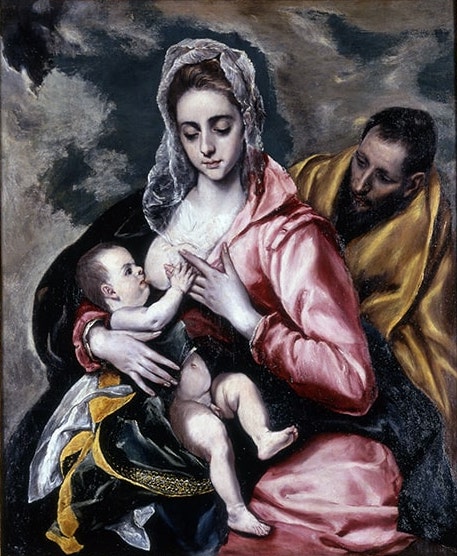 He first wrote about this great painter in December 1907 in a letter to his friend Georges de Lauris. Marcel Proust wrote of his amazement at the painting by El Greco entitled Holy Family that he had just seen at the home of Raimundo de Madrazo y Garreta, the brother-in-law of the great musician Reynaldo Hahn: "a truly divine El Greco with tones as precious in their different kind as those of Vermeer and of an untouched freshness under its incomparable enamel".

Today, this painting is kept at the Hispanic Society of America in New York.

Claude Monet is considered one of Proust's favorite painters.

In La Recherche du Temps Perdu, a novel written during the great painter's lifetime, Marcel Proust has one of his characters, Mme de Cambremer, say that Monet is "quite simply a genius". 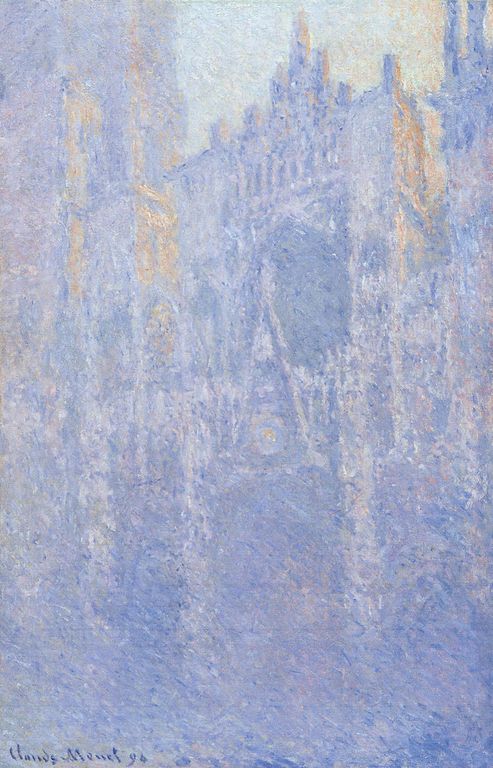 The writer was particularly interested in the series of Cathedrals of Rouen, a set of 30 paintings by Claude Monet between 1892 and 1894. These works mainly represent views of the western portal of the cathedral in various daylight.

Paul-César Helleu was one of the artists that Robert de Montesquiou, a writer who reigned over the whole of Paris, introduced to Marcel Proust. This painter and engraver, a great friend of Monet, Sargent and Boldini in particular, became the most famous portraitist in Europe and the United States in his time.

Known for the finesse of his pastels, drawings and drypoints, he also painted admirable seascapes in a resolutely impressionist style. 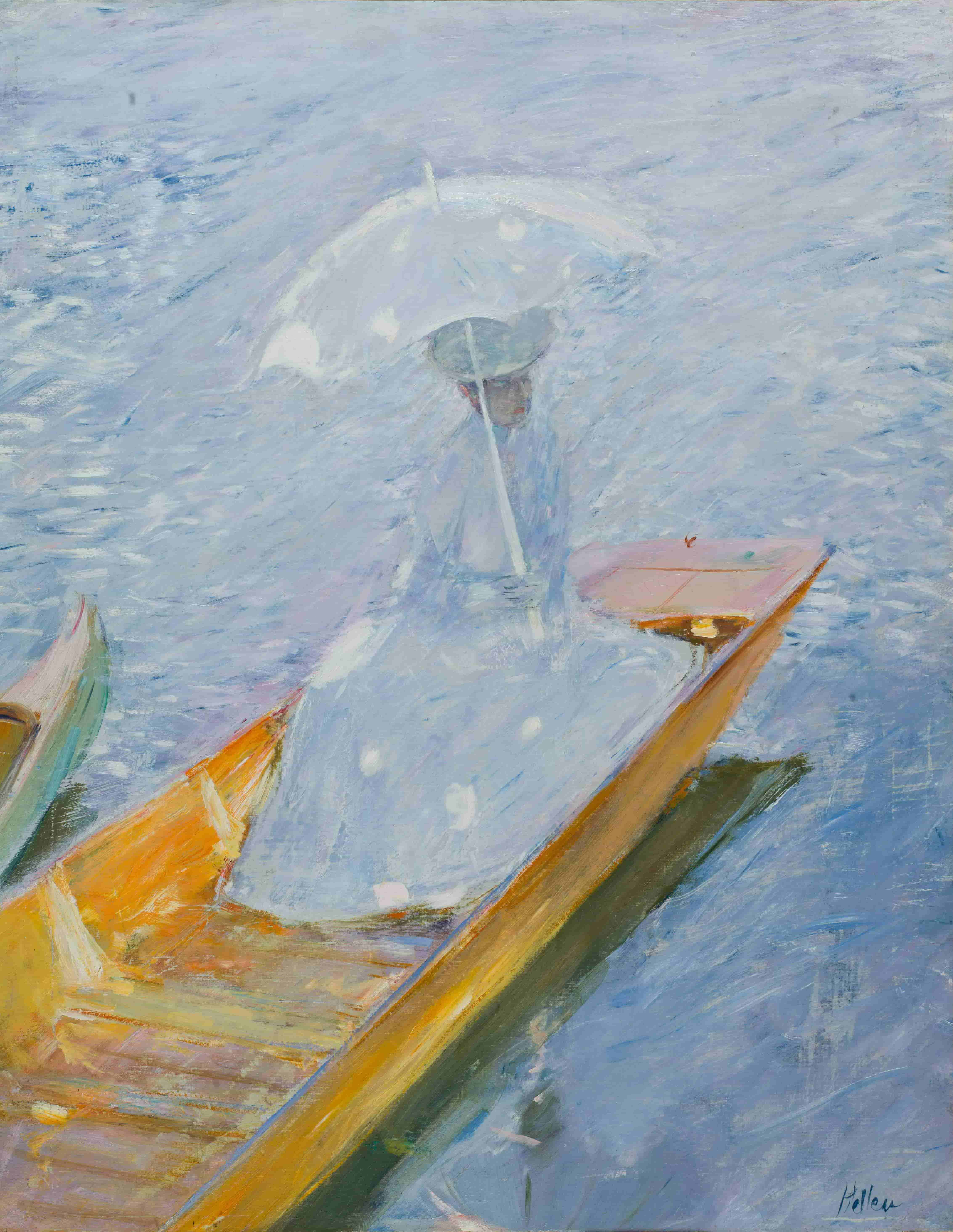 Stéphane Mallarmé described him as follows: "Helleu who paints with an unknown color between delight and blue."

He was very close, throughout his life, to Marcel Proust. Proust was inspired by Helleu and Whistler for his character Elstir in A la Recherche du Temps Perdu. 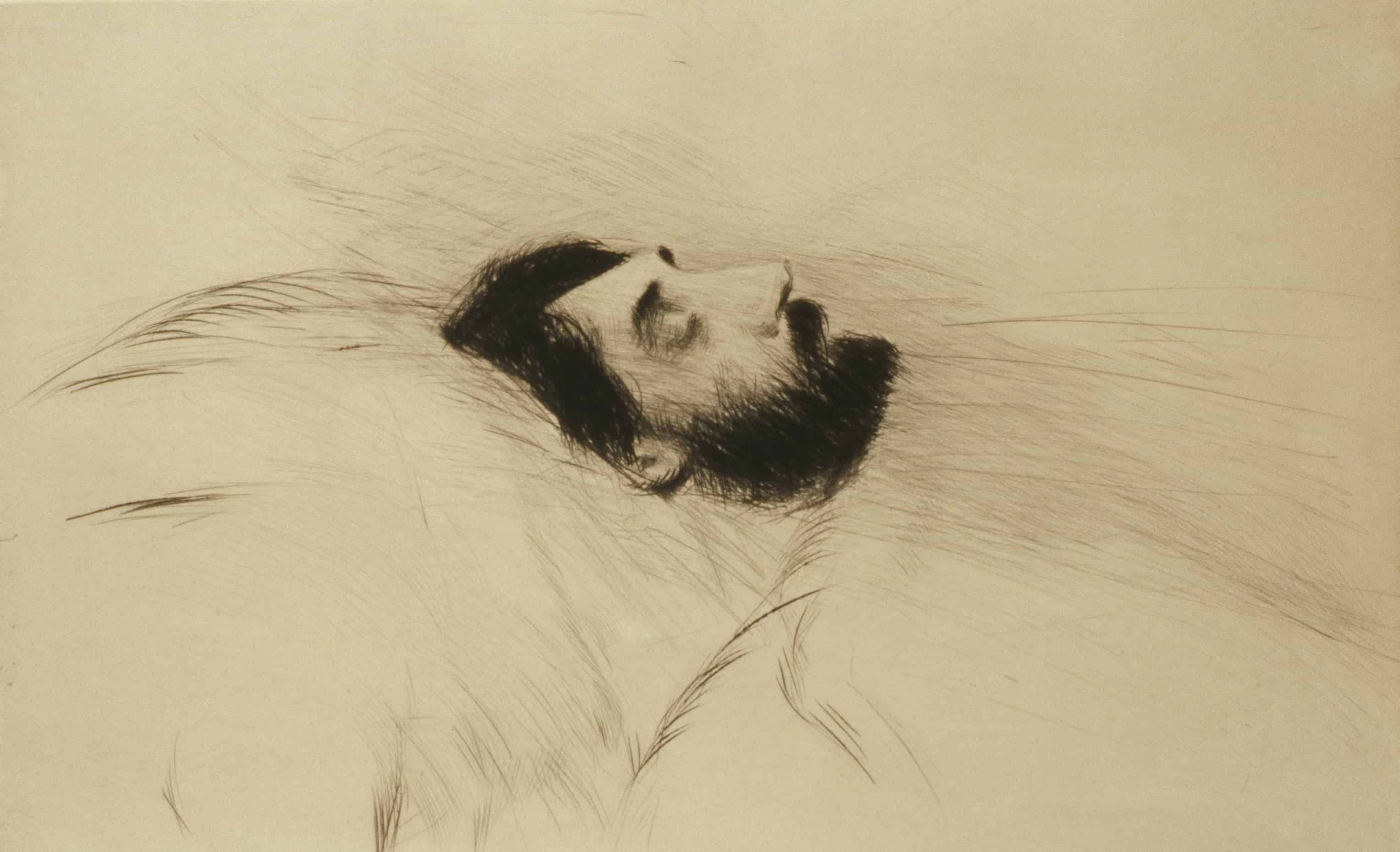 It was Helleu who was called upon by Marcel Proust's brother, upon the latter's death, to paint an admirable portrait of the famous writer on his deathbed, a drypoint done by candlelight that has since gone down in history. 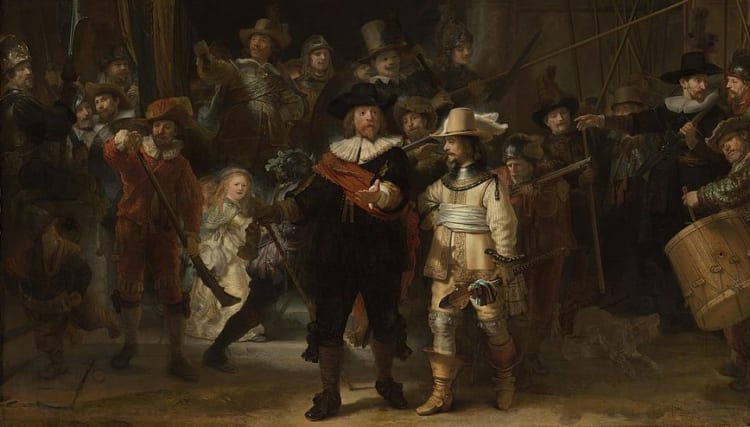 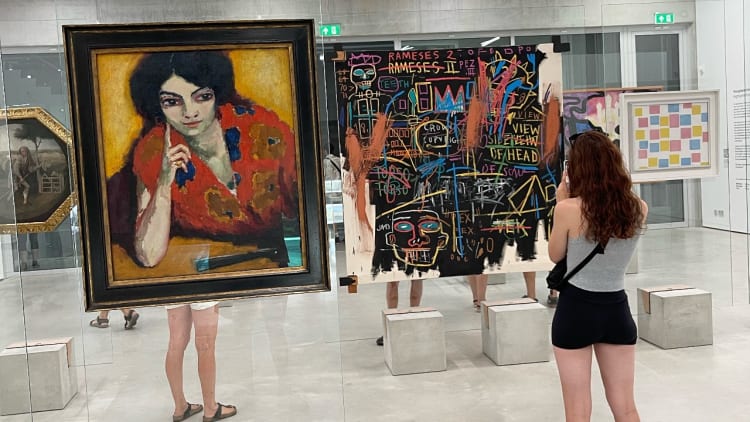 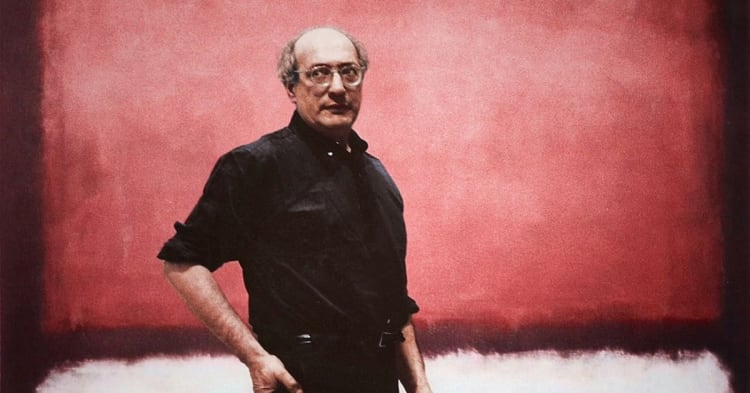